The excursion is aimed strengthening partnership between Uganda and Kenya. 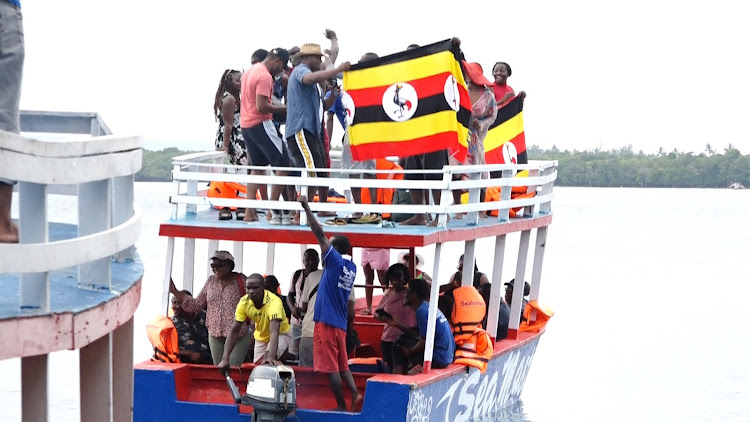 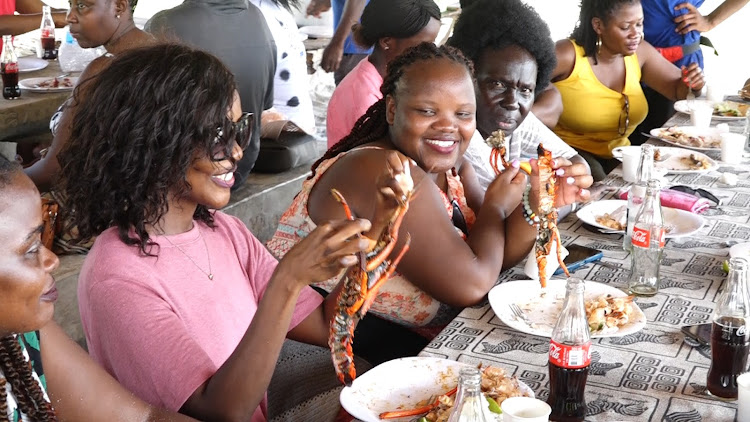 Uganda tour operators, who were on the Kenyan coast for a tourism exhibition, have recounted their magical escapades of Watamu and Malindi.

They have described the two regions of Kilifi county as amazing destinations.

The tour operators said Watamu, Malindi and the general Coast tourism circuit will attract not only Ugandan tourists but also tourists from other regions.

They said they will interlink the destination to the diverse packages they offer to their international tourists.

On Saturday, the delegation of more than 40 tour operators, together with Ugandan senior government officials, led by Uganda consular general in Mombasa Paul Mukumbya, county officials and Kilifi tour operators were taken through the Watamu tourism excursion.

The trip began with Safari Blu, a boat ride where most Ugandans managed to see for the first time dolphins in the Watamu Marine National Park.

They then went to Garoda Beach for a swimming expedition, where they interacted with other local and foreign tourists who are on holiday.

Their excursion also took them to the Watamu Magical Islands along the creek where they saw the mangroves and enjoyed a lunch made of traditional Swahili cuisine, including sea foods at Catapilla Island within the Mida Creek mangrove forest.

They were taken to the Ancient Vasco Da Gama Pillar, Bunthuani Waterfront, and later for a cocktail evening at the luxurious ocean beach resort and spa in Malindi after which they went to different hotels for dinner and sampling of the resorts.

Mukumbya said the aim of collaborating with their Kenyan coastal tourism counterparts is to grow the numbers of arrivals from Uganda to the Kenyan Coast and vice versa.

He said they also want visitors who come from beyond East Africa such as Europe and America to visit the Kenya coast to also extend their itinerary to Uganda so as to see the attractions in their country.

Uganda, he said, has unique attractions such as mountain gorillas, adventure tourism on the River Nile and other products, which are unique to Uganda.

Mukumbya said those coming to Uganda for the mountain gorillas, Kampala nightlife and adventure on River Nile can come to extend their itineraries to the Kenyan coast.

"So this is the exchange of the partnership we are developing because we have all agreed and realised that it's not a competition...the two countries win and the tourists also win," he said.

Mukumbya said they will take a few selected tour operators to Uganda so as to see the tourism products in Uganda and to see something that they have seen, adding that they also plan to extend it beyond East Africa.

He said the governments need to make air travel cheaper to enable more people to travel as currently, flights to Dubai cost $400 which is equal to another flight from Entebbe to Mombasa.

Jean Byamugisha, Uganda Hotel Association CEO, said there were very many issues that affected their partnerships within the East African region, including the expensive flights.

"The flights from Entebbe to Nairobi or Mombasa should be about $20. This will enable many people to travel to the Coast and be able to see all the beauty that we have seen," she said.

Byamugisha said the private sector in tourism should review the pricing of their products, training and market tourism as an East African product so as to attract the world.

Mwebaza Sara, the general secretary of Visionary Women Entrepreneurs Uganda said her experience at the Kenyan coast, particularly Watamu and Malindi, was amazing.

She said they learned that tourism in Watamu and Malindi was a serious business and were able to see mangroves and dolphins, among many other attractions.

"We want our counterparts to come and see what we have which is not here," she said.

Kevin Luwedde, from Global Travel Uganda, said he had a wonderful experience in Kenya during his tour of Watamu and Malindi, which had amazing attractions not found in Uganda.

"We have gone through many places. We’ve been in Mombasa in all most every place it’s quite an experience we are very happy as we have seen very many things," he said.

Philemon Mwavalla, the chairman of the Coast Tour Operators Association, said they need more Ugandans to come to the Kenyan coast to enjoy the pristine beaches.

He said the collaboration will see them visit Uganda to see the diverse attractions in the country.

"This is wonderful money and as you can see the festive season is here. We believe these initiatives will pull up the Ugandan market and other regional markets as well," he said. 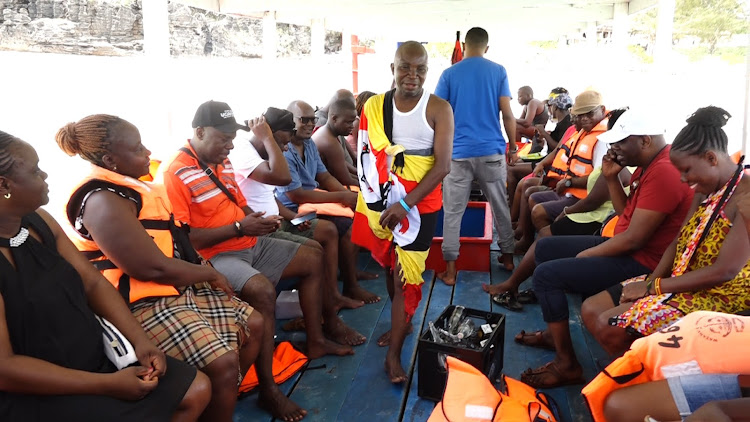 TOURIST DESTINATION: Some of the tour operators from Uganda enjoying a boat ride in the Indian ocean beach of along the Watamu Marine national park beach during their farm trip in Watamu and Malindi
Image: ALPHONCE GAR

Malindi town has been around for centuries

The alluring Magical Kenya: Breakfast in the bush, sundowner at the beach

The East African country remains one of the leading destinations.
Business
1 month ago