• The school has only four students, one in Form 1 and two Form 2 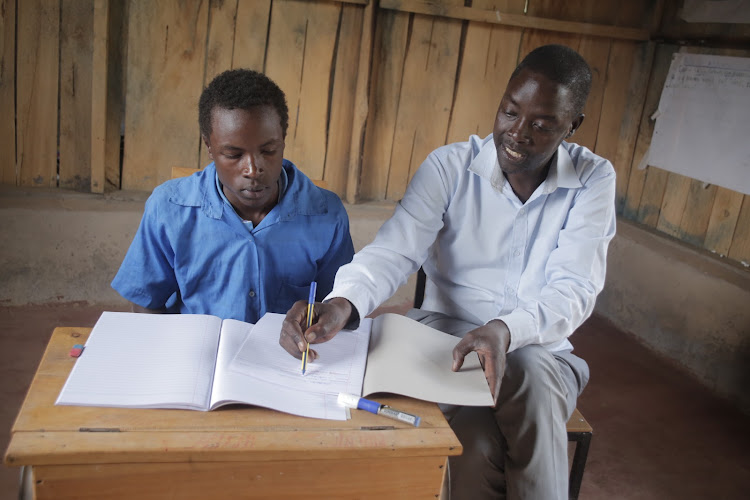 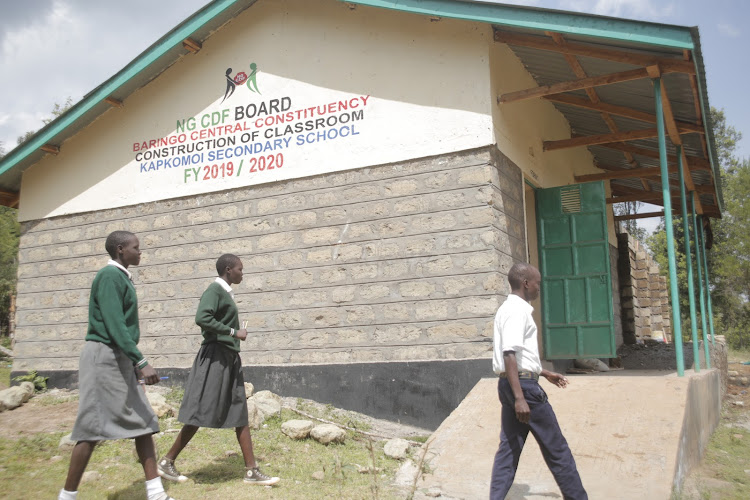 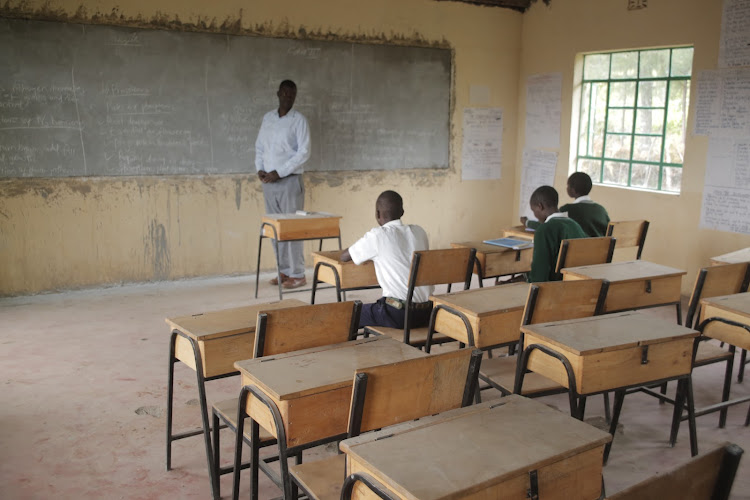 The only three Form 2 students at Kapkomoi Secondary School in class on Thursday.
Image: JOSEPH KANGOGO

It in 9.30am on Thursday and Nicholas Choge is teaching only one Form 1 student at Kapkomoi Secondary School.

The principal of the school in Baringo Central said the school has only four students. Three in Form 2 and one in Form 1.

The physics teacher was transferred to the institution from Kipyakwai Secondary School in Uasin Gishu county in January 2021.

"I feel my services here, being as a qualified teacher and administrator who can serve in any school across the country, are being underutilised," Choge said.

Kapkomoi Secondary School is located at the foot of Morop Hills on the Kabarnet-Kituro-Marigat road, about 10km from Kabarnet town.

It was established back in 2016, but six years down the line, it has only two classes- Form 1 and 2.

Choge said since its establishment, the school has collapsed and risen three times. He attributed the poor enrolment to alleged unresolved land wrangles and lack of goodwill among community members.

"We are battling with a major challenge of low student enrolment. We have only four students in the entire school, one in Form 1 and three in Form 2," Choge said.

The principal is the only Teachers Service Commission employee at the institution. He is being assisted by four teachers hired by the school's board of management.

"I blame the low student population here at Kapkomoi Secondary School squarely on a lack of goodwill by the surrounding community," Choge said.

He praised MP Joshua Kandie for allocating Sh4.2 million NG-CDF funds to the school in the 2020-21 financial year to aid construction of modern classrooms and a 100-bed capacity dormitory.

Construction of CBC junior secondary classrooms at the school is almost complete.

"We can feel the visible underutilisation of government resources here at Kapkomoi Secondary School, but we hope with time and with positive thinking, things will soon change for the better," Choge said.

Seretunin chief Patrick Kiprop said he is optimistic the enrolment will improve. He urged parents to support the school by enrolling more children to the school.

"Initially, there was only one student until last month when we held a meeting with the parents, then we got the three more students. We hope the number will soon increase," he said.

None of the members of the community was willing to speak to journalists, including those constructing the ongoing school structures.

"I might know some of the possible reasons why the school has never picked up since it started, but I can't speak for fear of victimisation," a young man at the construction site said.

An elder, who sought anonymity, said most parents opt to take their children to the neighbouring schools like Kipkaech and Kaptorokwo.

"They had complained of poor structures, lack of water and electricity, but I don't think those were even enough reasons, I guess there is still an elephant in the house," he said.

Last year, Education CS George Magoha declared that schools with few learners will be closed down.

He said some schools have as low as 12 students in all the classes.

The CS said the ministry will take charge of deregistering all the ghost schools to curb the vice. 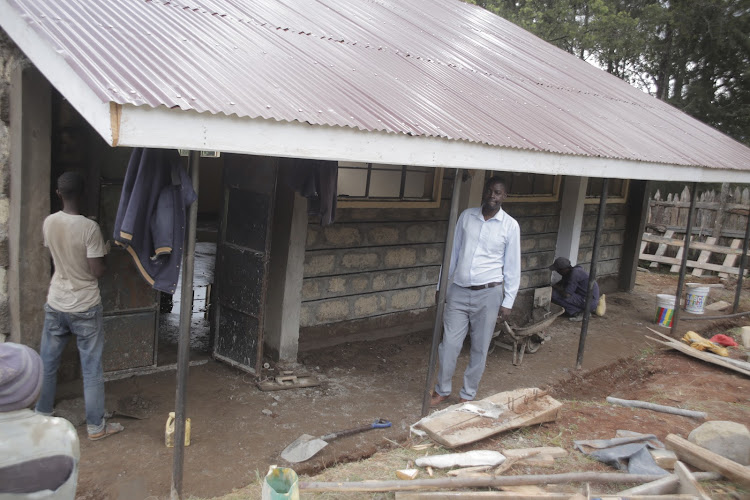 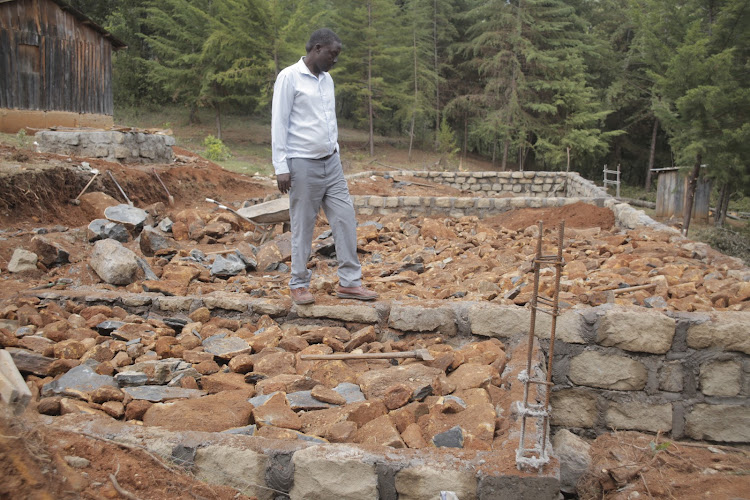 If private schools adopt this idea, learners will transit to the same school for junior secondary.
News
4 days ago

The cradle of preparing successive pools of leaders is primary and secondary education institutions.
Opinion
4 days ago

Amount is currently Sh800,000 and Kandie's goal is Sh2.1 million per sublocation.
Counties
1 month ago

Why subcounty high schools are failing

Teacher shortages and lack of labs, libraries are among the causes
Sasa
1 month ago
by JOSEPH KANGOGO Correspondent, Baringo
Counties
23 June 2022 - 22:00