• Some plant experts say it should be controlled and used for its nutritious value and honey in its flowers. 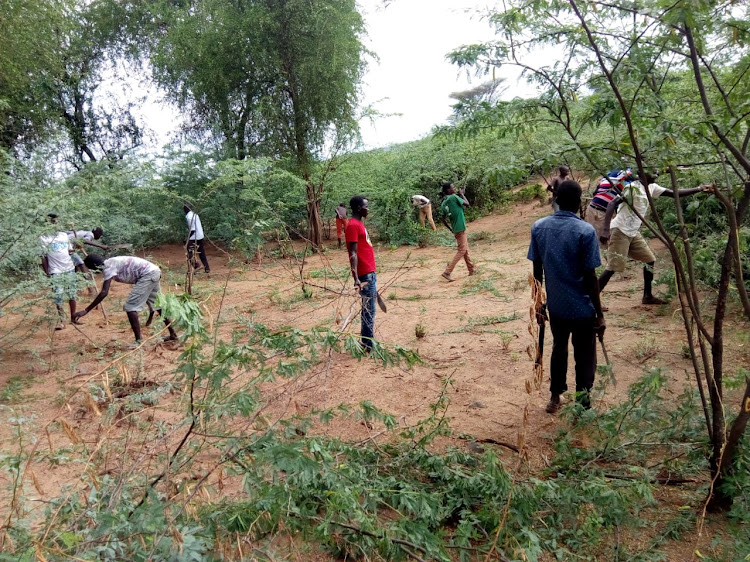 The government has declared the invasive noxious mathenge weed a national disaster because it takes over cropland and pasture and injures animals.

What was once a conservation tool has been declared a national disaster.

It all started with good intentions. In the 1980s the government introduced fast-growing, hardy mathenge weed to end desertification and soil erosion. It has done that and more.

Mathenge has become a monster

Today the thorny hardy weed — actually a bush or tree — is taking over vast areas of 20 counties, making land unproductive. 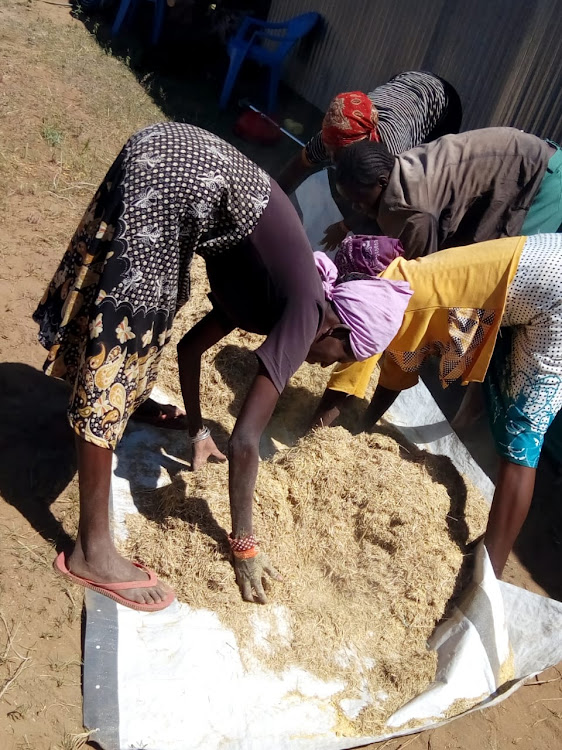 A moratorium on cutting all prosopis and other trees will be lifted in two weeks after local residents sign agreements and register land owning groups and charcoal producing associations. Only mathenge, not valuable trees, are allowed to be cut and burned.

“So far, one million acres of land have been colonised by prosopis, which is spreading at the rate of 15 per cent per year," Tobiko said.

"It is a threat to national security, health and livelihoods."

He said the government is forming a strategic plan to eliminate the plant that is a leading environmental and economic hazard," the CS said.

Tobiko made the remarks at World Desertification and Drought Day observances at Eldume Primary School in Baringo South on Saturday.

He was accompanied by Environment PS Secretary Chris Kiptoo and his counterpart in the State Department of Arid Lands Micah Powon.

Mathenge has been criticised by pastoralists and farmers for causing suffering and hunger, taking over land, crushing animals' teeth and blocking seasonal rivers, causing floods.

Kamuren thanked the government for promising to lift the ban soon, saying the weed has invaded farmland especially in his constituency.

“As affected communities, we were almost shouting out and planned to sue the government to compensate the people whose farms were wasted by the useless weed” Kamuren said

"We support cutting the weed and burning charcoal,” he said.

It is difficult to uproot.

The CS, however, called upon all the communities to follow the strategic plan and regulations, sign them and forward them in two weeks.

He urged the county governments in the affected regions to move fast and help the residents register Local Charcoal Producers Association (LCPA) groups and the Land Owners Associations (LOA).

“Village elders shall then be charged with the responsibility of ensuring no other trees apart from ‘prosopis’ are cut for charcoal burning,” he said.

He appealed to residents to plant other trees and grow food crops whenever they cut down mathenge weed, “because our water catchment points and flowing rivers still require vegetation cover,” he said.

However, pasture expert Francis Parkolwa from Ilchamus ward said despite being destructive, the plant has assisted a in environmental conservation and controlling soil erosion.

“As a pasture expert, I can also confirm the animal feeds and human food produced from prosopis products [such as ground pods] are highly nutritious” he said.

Parkolwa, who is a member of Nooseiya community-based organisation, also said the sweet nectar from prosopis flowers produces natural honey.

“But I can only encourage our people to plant grass where they cut prosopis” to prevent erosionhe said.

Currently the UN and NGOs such as the United Development Progamme, the Small Grant Programme and Global Environmental Facility (GEF) are educating residents in alternative uses of prosopis.

Controlling it, using it and not destroying everything must be considered, Parkolwa said.

Initiative being financed by the Swiss Agency for Development and Cooperation.
News
8 months ago

No longer useful due to charcoal ban, mathenge is a thorn in their side
News
1 year ago
“WATCH: The latest videos from the Star”
by JOSEPH KANGOGO Correspondent, Baringo
Counties
20 June 2022 - 22:00