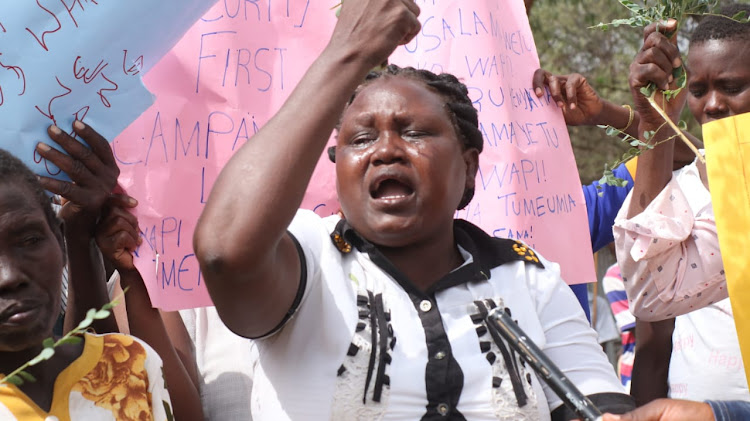 More than 20 people have been shot dead, thousands displaced and many livestock stolen in the volatile area since December.

The latest attacks were the killings last week of a university student and a Form 4 leaver.

"We have only heard the government announce curfews and security operations but nothing serious is being done here in Baringo South," Mochongoi resident Stephen Chelelgo said on Monday.

"They need to flush out bandits and restore peace."

Chelelgo said when Matiang'i announced the operation on February 14, they just saw two military APCs and a helicopter. They showed up for two days and disappeared.

No bandit has been arrested or stolen animals recovered.

Chelelgo, a resident of Kapkechir village in Baringo South, said a mysterious white chopper was spotted hovering  around Korokoron Hills near Mochongoi, without landing.

"Since then tension has risen as we fear the chopper might be supplying weapons to bandits," he said. 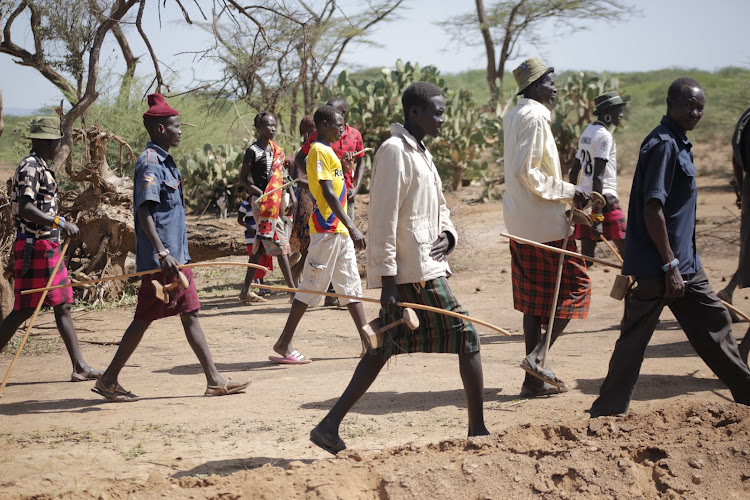 Residents raised the issue with the government and media but nothing has happened, he said.

Resident Eric Mengich said the government is neglecting them "yet we claim to be equally Kenyan".

Baringo South-born lawyer Joseph Tarus blames the laxity of elected leaders, saying they should have raised the alarm over the issue. They did nothing, he said.

"This is a total failure right from the national government down to the local leaders, because they shouldn't watch as innocent people are being butchered while no action is seen to be taken" Tarus said.

He was backed by Bishop William Kitilit who said all the bandits attack victims are Kenyans "and they ought to be treated equally."

So far , more than 100 people have been killed in the region in six months, while civilians are suspected to have more than 50,000 illegal guns. 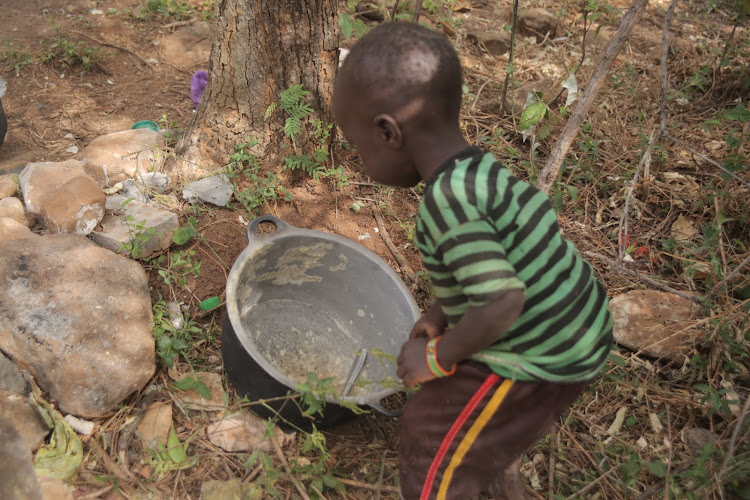 Three children were killed last week in a bandit attack at Tot in Elgeyo Marakwet county on the border of Baringo and Tiaty subcouny.

“We cannot accept to have criminals live amongst us, ambush school buses and kill innocent children. School vehicles do not carry cattle and we will not allow that,"  Matiang'i said.

Contacted for a comment as to why Baringo South was sidelined, county commissioner Abdirisak Jaldesa said they are just working on an order from his bosses.

"Personally, I have got no clear reason why Baringo South was left out but as far as I'm concerned so far we are going on well with the operation in the other areas,"Jaldesa said.

He said initially the operation was only intended  for Kerio Valley alone, but it has expanded to parts of Baringo North, "while the Baringo South issue was treated as a special case".

Despite the subcounty being sidelined, Jaldesa said the guns have gone silent in the area for three weeks.

Soon the government will start resettling displaced families back in their homes, he said.

"I am also aware of the mysterious chopper seen flying around Baringo South and our officers are still monitoring and investigating it," the commissioner said.

Some residents fear sidelining Baringo South could be intentional.

"It looks like the government is using the armed bandits to expand boundaries, create buffer zones and later mark the deserted areas as conservancies or avenues for exploration of natural resources,” Arabal resident Benson Kibor said.

He said their original boundary with the neighbouring Tiaty subcounty is 40km away.

"We have over the years been pushed away from our homes in Arabal," Kibor said.

"Up to now we live as squatters in Mochongoi."

Gachagua blamed the runaway insecurity menace in the country on the lack of political goodwill.
Counties
8 months ago

•Children, women and the elderly are dying of hunger in the banditry-prone areas •Humanitarian agencies cannot access the volatile areas to rescue ...
Counties
8 months ago