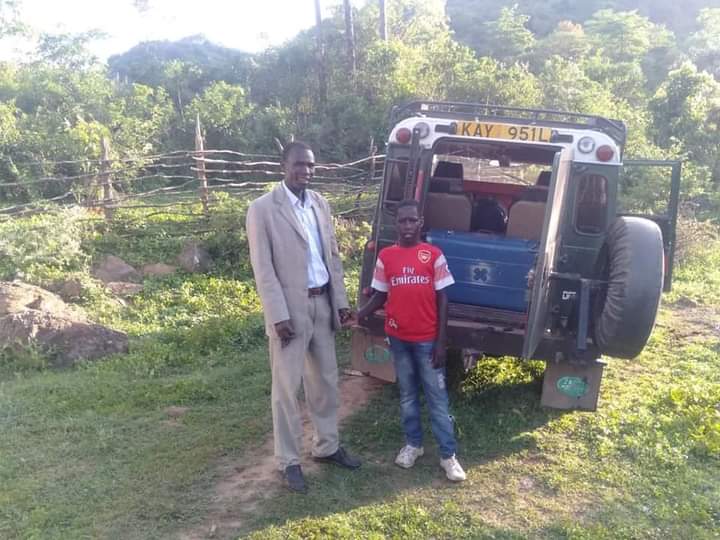 Eugene Simiyu with his uncle set for the journey to St Joseph’s Kitale Secondary school on Friday.
Image: JOSEPH KANGOGO 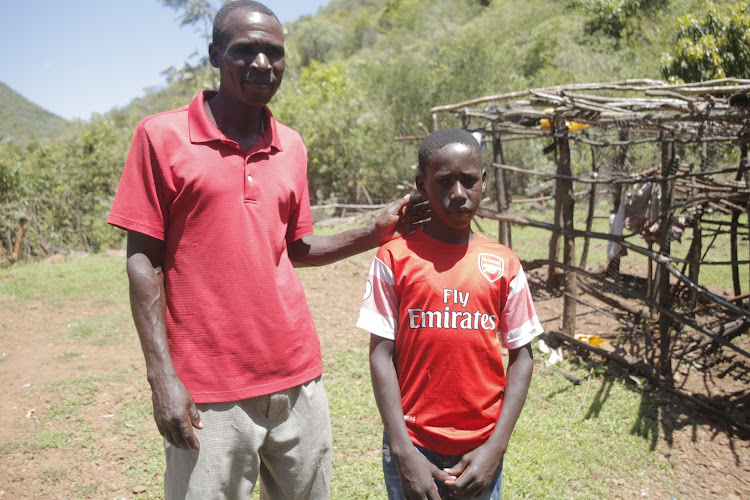 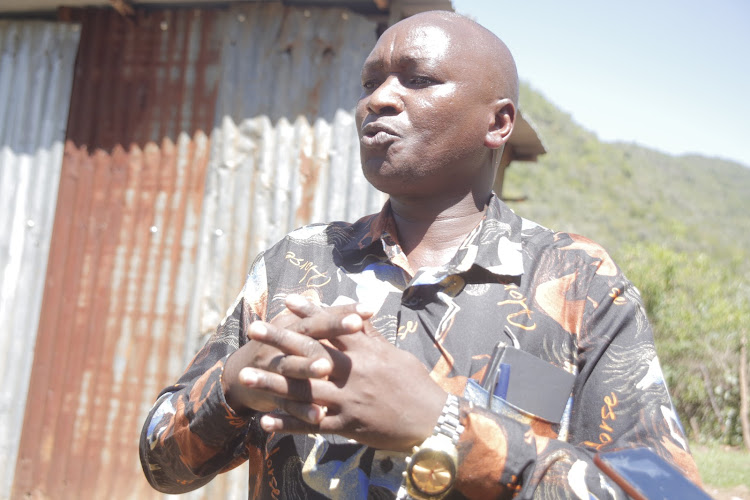 Gideon will do all shopping and pay the bright boy’s school fees throughout high school.

Last week, the Star highlighted the story of Eugene Simiyu, 14, who appealed for funds to join St Joseph’s Kitale, a national school in Trans Nzoia.

“I would wake up daily in the dark morning around 5am, light my torch and trek seven kilometres through the thick bushes. Sometimes I would hear sounds of laughing hyenas and leopards,” Simiyu said.

During the rainy seasons he would get to school late after trekking through the hilly terrain and crossing flooded seasonal rivers.

Simiyu was to report to school on May 3 but delayed due to lack of fees. He is determined to become a doctor when he completes his studies.

Since the boy lost his mother, he currently lives with his poor uncle George Zachary in the sleepy Lelgut village.

“Since my sister passed on, I offered to accommodate Eugene together with his elder brother. I also have a family and just do menial jobs to feed and clothe them,” Zachary said.

He thanked Gideon for offering to sponsor his nephew. “I actually lack words to express my happiness. May God bless him,” he said.

Simiyu's primary school head teacher Dominic Mburu said, owing to the distance and dangerous wild animals on the way, he exempted the boy from attending evening and morning preps.

Mburu described the boy as disciplined, devoted and hardworking saying he truly deserved assistance. He said the boy never missed school for even a day.

He thanked Senator Moi for offering to sponsor Simiyu, saying his star will now shine because his dream to join high school has finally been actualised.

He also thanked the Equity bank Elimu Fund foundation for sponsoring another needy child, Stanley Kaimoi, from his school who scored 373 marks and was admitted to Tambach Boys High School.

“I was stressed as the head teacher seeing my bright candidate staying at home. But I can now afford to sleep, thanks to all who took part in this successful journey including our friends from the media,” Mburu said on Thursday.