•In 2017 Musila contested the governorship as an independent candidate but lost to Charity Ngilu. 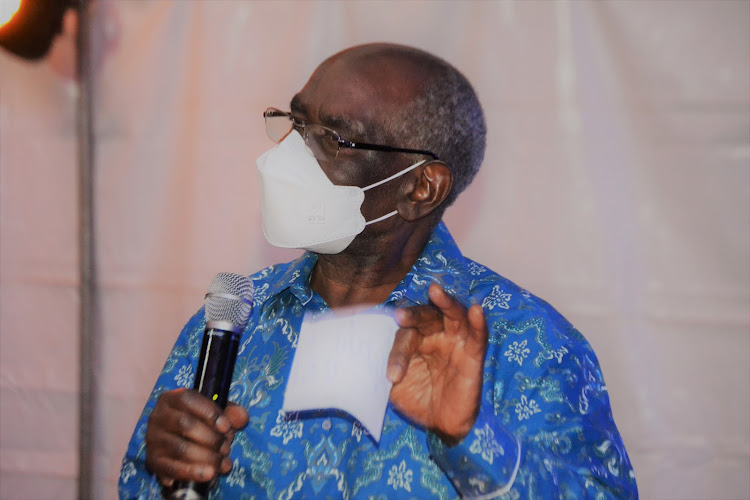 Former Kitui Senator David Musila has promised to root out corruption and streamline services in Kitui if elected governor.

Musila, who recently returned to Wiper, is keen on unseating Governor Charity Ngilu in next year's general election.

He lost to Ngilu in 2017 when he ditched Wiper to run as an independent.

“I urge the people of Kitui to elect me their governor on the platform  of fighting graft and corruption that has been an impediment to meaningful development and services," Musila said on Thursday.

He was addressing professionals from Kitui who work and live in Nairobi at the United Kenya Club on Thursday evening.

He said when he served in the civil service he never associated with corruption and he will bring that approach to Kitui.

Musila said he empathised with Kitui people who have been denied good healthcare and continue to face serious water shortages due to reasons he alleged were due to graft.

The former chairman returned to the party during the NEC meeting.
Counties
1 week ago

“I want to assure you I will not condone corruption.  There will strictly be no rent seeking among the county officers. Any officer involved in graft will be shown the door without mercy," the retired provincial commissioner said.

Musila whose candidature was endorsed by the Kitui elite present, said once he secures the governorship he would put in place stringent measures to ensure that the county paid the fair price for projects and services  contracted. He said the end to overpricing to serve corruption interests was near.

“We will only pay the ideal prices. Our contractors will give us service or supply us with goods and walk away with their profits intact without being asked to give any bribe. Rent seekers will have no place in my administration,” Musila said.

He said the funds saved through plugging corruption loopholes would be ploughed into improving healthcare and ending the  perennial water scarcity problem.

Within his first 100 days, he pledged, he will turn around healthcare services for the better.

The former PC who also served as the Mwingi South MP was formerly referred to fondly as BW, Meko (Man of Action) by residents. He said the name was due to the many development projects he initiated from own sources, government or donor funding.

“It is the same approach I want to bring to Kitui as governor," Musila said.

"I will be a team player and I will work with Kitui professionals and strike a working rapport with MCAs so I can achieve my vision for Kitui.

“During my term as MP I punched over 40 boreholes across the constituency, over 40 secondary school were established, not to mention the many health facilities that were built across my area,” he said.

He said he would boost the morale of Kitui county workers to improve services. The current scenario in which the governor is sued for failing to pay doctors will not happen.

“I will ensure county staff are paid their salaries on time. Those deserving will be duly promoted and all allowances will be paid.  Once we treat workers well,their morale will be boosted and they will serve our people more diligently,” he said.

Ngilu fails to appear in court over failure to pay doctors