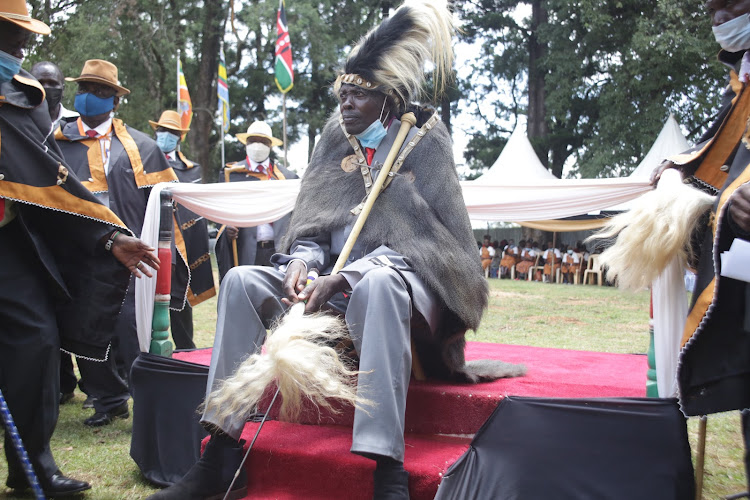 Rev Wilson arap Sam,ounty has been installed as the first Tugen Council of Elders’ chairman.

The 67-year old cleric from Timborua, Eldama Ravine,  was inaugurated in Saturday at a function attended by hundreds of Rift Valley’s Kalenjin Tugen elders and leaders.

It was held at the Kabarnet town Museum grounds.

“This is an historical event for us Baringo Tugen community as we witness the installation of our first council of elders’ chairman,” retired Kabarnet AIC Fellowship Church Reverend Zachariah Chirchir said.

Chirchir, the Baringo-born Myoot Council of Elders secretary deneral, said they have unsuccessfully been planning the inauguration for the last 10 years since 2011. 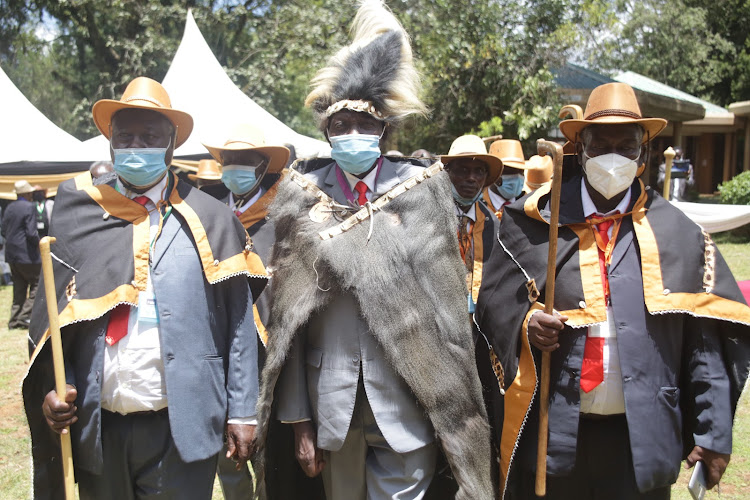 "We thank God it is finally coming to pass” he said.

Rev Chirchir said the main objective of the inauguration is to unite the Kalalenjin Nation, make policies, norms and offer advisory services and to restore the neglected and forgotten cultural beliefs.

“Currently our upcoming generations seem to have neglected the critical taboos and cultures historically set by our ancestors and it is time now we should revisit, document and educate our young people” he said.

The elders also put forward their mission to unit and preach peace among the Kelenjin community in Rift Valley ahead of 2022 general election.

“Reflecting back to the 2007 post-election violence, we noted that the youth played a major role in killing and torching people’s houses. Then we asked ourselves, where were the elders?” Mzee Seii said.

He therefore called on the elders’ from the grassroots to the national level to engage the youth and teach them about good morals.

During his installation Sambu was dressed in an improvised black Colobus monkey skin, handed a golden stool and thin club-like spear. 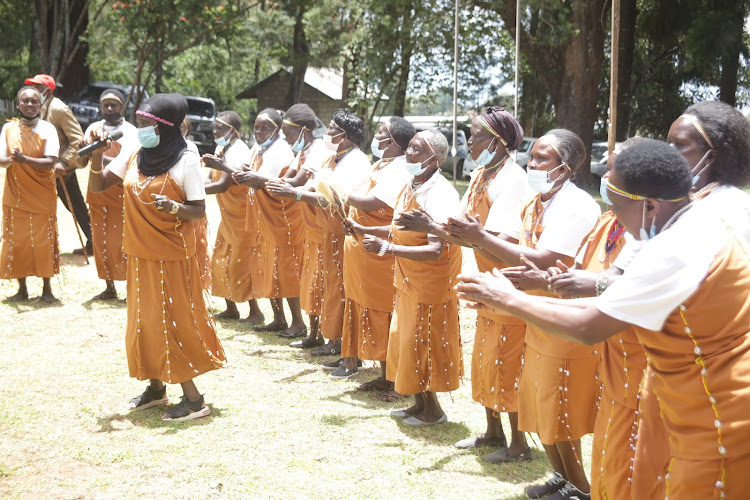 “I thank Baringo elders for trusting me to become their chairman, not that I ambetter qualified than them all but they thought and trusted me to represent them, I am humbled.” Rev Sambu said.

He said he aspires to unite the locals with the leaders and preach peace among the warring Tugen, Pokot and Ilchamus pastoral communities of Baringo.

Born in 1954, Sambu who comes from Lembus Tugen subtribe worked in the military for 21 years before retiring and joining Theology College.

The seat is rotational,"I am holding it today, then I will later hand it over to another Tugen subtribe," he said.

Rev Sambu serves as full-time pastor for Tinet Bible Baptist Church in Koibatek, preacher and missionary for the World Hope International and Rock of Ages Ministry. 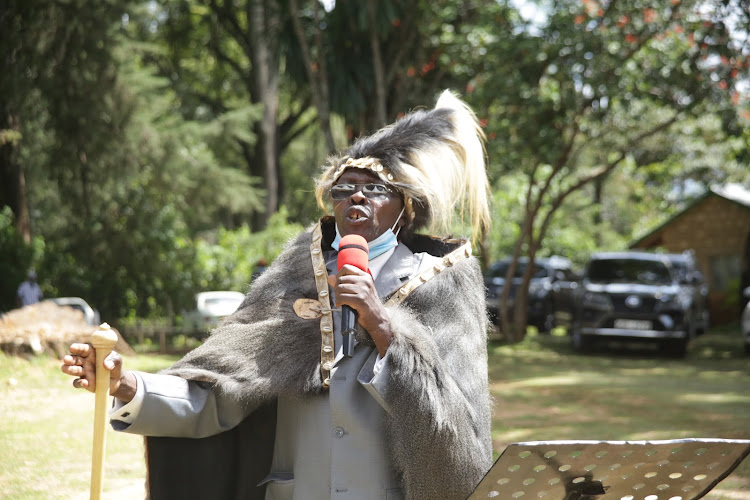 The installation of DP William Ruto as a Tugen elder, Lembus subclan, has been revoked and the black monkey skin used in the ceremony returned to ...
News
3 years ago