• The long queues, which stretch for as much as 30km cause huge losses to transporters.

• Transport stakeholders accuse the government of laxity in clearing backlogs at the borders. 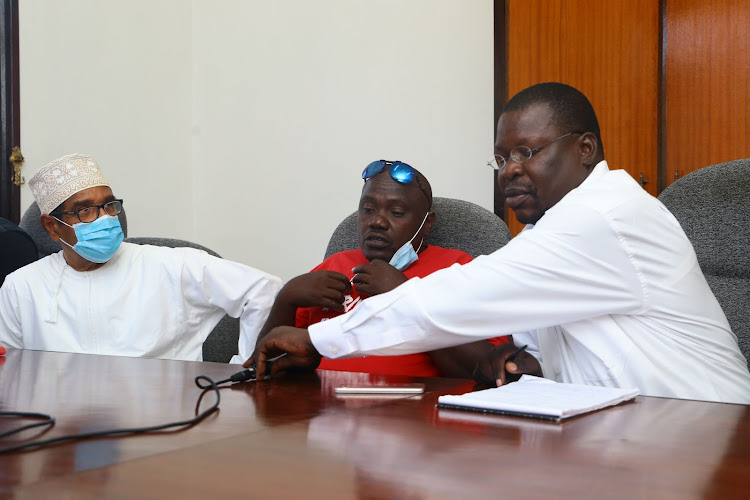 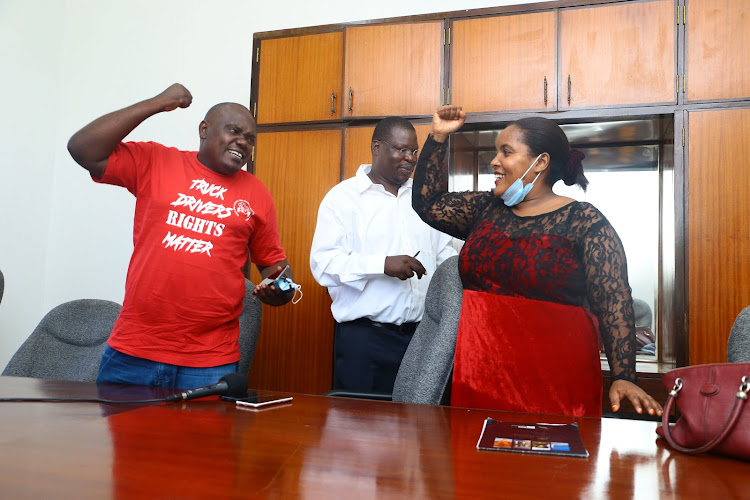 About 3,700 truck drivers have been stranded at the Malaba and Busia border points for the last two weeks for lack of Covid-19 testing.

Transport stakeholders have accused the government of a lack of seriousness in offering the tests, leading to long queues at border points and massive losses for transporters.

The Kenya Transporters Association says there has been no Covid-19 test for the last two weeks.

KTAS chief executive officer Dennis Ombok on Saturday said the government has said there are no reagents to conduct the Covid-19 tests.

The traffic snarl-up at the Malaba border stretches to Kanduyi town, over 30km away, while that in Busia stretches for over 20km past Bumala.

With about 75 trucks per kilometre, this means as many as 2,250 trucks are stuck at the Malaba border, with at least 1,500 more at the Busia border.

The nearest laboratory, which is at the Alupe Referral Hospital in Busia, is not functional. Samples have to be transported to Eldoret and Kisumu for processing.

“As much as the transporters are trying to have their drivers tested, there is laxity on the side of the government. They are unable to provide the necessary tools to process the samples,” Ombok said.

“Why would essential service providers be punished while leisure providers are rewarded?” Ombok asked at the KTA offices in Tudor on Saturday.

“Instead of playing around with wheelbarrows, this is the time to go to the borders and try to solve the issues there,” he said.

The truckers have threatened to ‘lock the borders’ should there be no change in the next two days.

They have also said they will drop all the goods destined for Uganda at the borders on the Kenyan side so that the owners can come for them there.

He called on the Trade, Transport, Foreign Affairs and Health CSs to break their silence and address the matter.

“We have close to 4,500 trucks stranded on the Kenyan side and a similar number on the Ugandan side. This means at any given time, there will be congestion at the Port,” Ombok said.

Truckers used to do about four trips to Kampala in a week but even two trips are impossible to make, according to the stakeholders.

Kenya Long Distance Truck Drivers and Allied Workers Union chairman Roman Waema said the government is playing 2022 politics yet forgetting they have an economy to run.

“The Jubilee administration has lost its way,” Waema said.

He said truck drivers are made to adhere to strict Covid-19 regulations while matatu drivers are left to do what they like.

“Soon we will be going on strike,” Waema said.

He called on Cotu boss Francis Atwoli to speak up on the matter.

Muslims for Human Rights chairman Khelef Khalifa said the solution is to drop the goods at the Kenyan border.

“Drivers are suffering. Staying on the road for two weeks is not easy. It goes against their human rights,” Khalifa said.

He said the lack of reagents is because of the massive corruption that is embedded in Kenyan officials.

“The government must wake up,” he said.

Haki Africa executive director Hussein Khalid said the government is frustrating truckers to elbow them out of the transport business.

“The government must know that Kenyans are not stupid,” Khalid said.

He also criticised Coast politicians for their silence yet they were elected to represent the Kenyans who are suffering at the borders.