25 businesses shut in Kitengela in war on coronavirus

Some restaurants were found selling beer against the government ban.

• Several people were arrested and later released on police bail.

• Kitengela has more than 600 bars and the largest population of revellers in the entire county.

by KURGAT MARINDANY Correspondent
sponsored by THE STAR KENYA None
Counties
24 March 2020 - 23:00 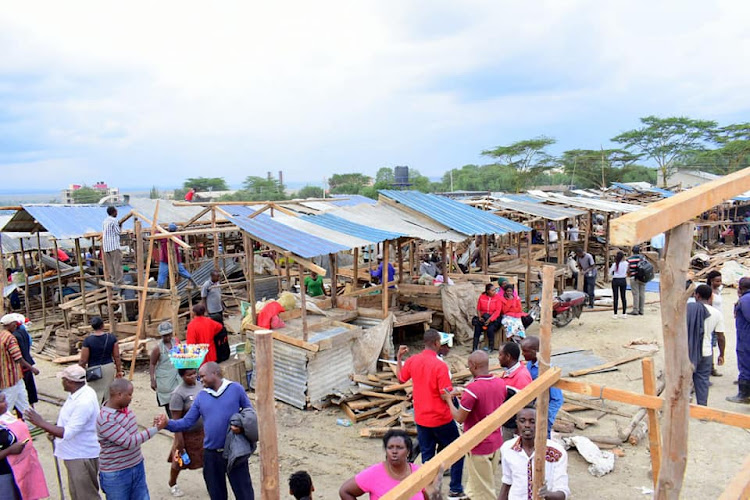 Police closed 25 businesses and withdrew their permits on Tuesday in Kitengela, Kajiado county, for defying the presidential directive on curbing Covid-19.

“They all contravened government directive on the fight against stopping Coronavirus from spreading. Most of them had no sanitiser as required by law, others were serving beer in crowded bars,” he said.

He said several people were also arrested and released on police bail after they were found selling beer.

"Those who were arrested were later released on cash bail and will remain so until our courts resume their normal operations."

Kitengela town has more than 600 bars and is home to the largest population of revellers in the entire county. Because of its close proximity to Nairobi, many meat-eaters jam it because of low prices.

Nkanatha promised more arrests on anyone who will endanger the lives of others by exposing them to the virus. He said the operation has been extended to Isinya, Kajiado town, Ongata Rongai, Ngong, Kiserian, Namanga, Sultan Hamud and Loitokitok.

A section of hoteliers was, however, not happy with the operation that took place in Kitengela from Monday night to the morning of Tuesday. A manager at one of the three-star hotels in Kitengela accused a senior police officer, who arrested him, and two other members of staff of allowing other operators to break the law.

"The senior police officer after arresting us made a call to another popular restaurant in our presence and told them to close because he was going there with the county commissioner,” he said on condition of anonymity.

Meanwhile, for the first time in the history of the ever-busy town, most businesses closed as early as 9 pm on Monday.