Fourth woman raped and murdered in Likuyani in one month 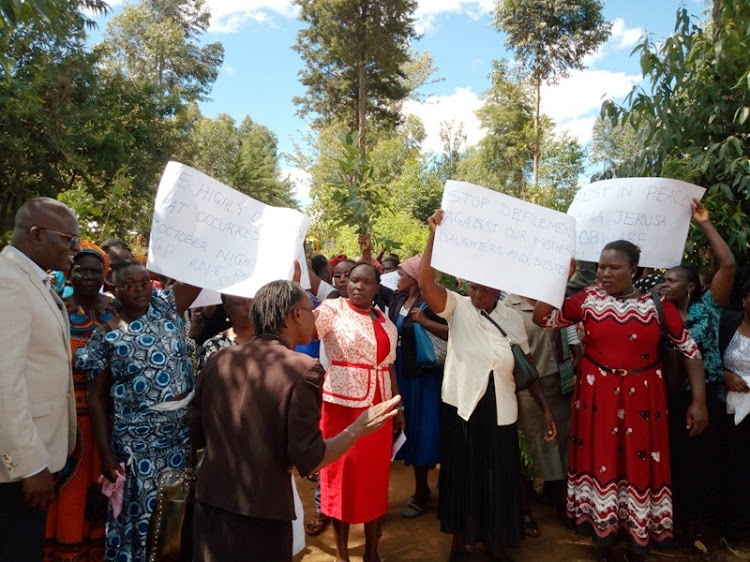 Likuyani residents have protested the rise in rape and murder cases after an elderly woman was found raped and killed in her house on Sunday morning.

She is the fourth woman to have been raped and killed in the last one month.

On October 6,  Jerusa Obware, 65, and her 13-year-old niece Melvyn Dindi were sexually assaulted before being strangled to death at Nzoia village in Sango location.

Winter Ganigi, 24, was raped and killed on the night of October 1 at Mapendo village in the same location.

On Wednesday last week, a section of women from Likuyani constituency demonstrated against increased cases of rape and other sexual assault in the area and accused the police for laxity.

On Monday, Esebwe’s son Nelson said one of the workers at her mother's home was a key suspect and had been arrested for questioning.

“We have three workers. Two of them go home every evening but one remains behind to serve as security during the night since mum is alone there. The one who remains behind normally opens the gate but on Sunday he did not open the gate and was missing,” Nelson said.

Neighbours said they never heard any commotion at the home at night and only learnt of the death in the morning.

Neighbour Rose Amokola who was first to see the body said she got concerned after a passerby informed her that he had seen the granny’s door open early in the morning.

“There’s a man who passed near the granny’s house on his way to the shop and saw the door open. I rushed to the home immediately to see whether the old mama (woman) was safe because she had been ailing and she doesn’t often wake up early. On entering the house, I was shocked to see her lying lifeless in bed. The back door to the house had been broken,” Amokola said.

The attack came just a day after Likuyani police commander Boniface Lisiolo and his Lugari counterpart Patrick Maundu held a baraza in Sango over rising crime.

Maundu said police had received crucial information which they were following over the murders.