• Two court rulings have cast doubts on the title deeds processed and issued in Maragua district in 1978-79.

• Members of Kagaa Farm Cooperative listed as beneficiaries but residents insist the land is theirs. 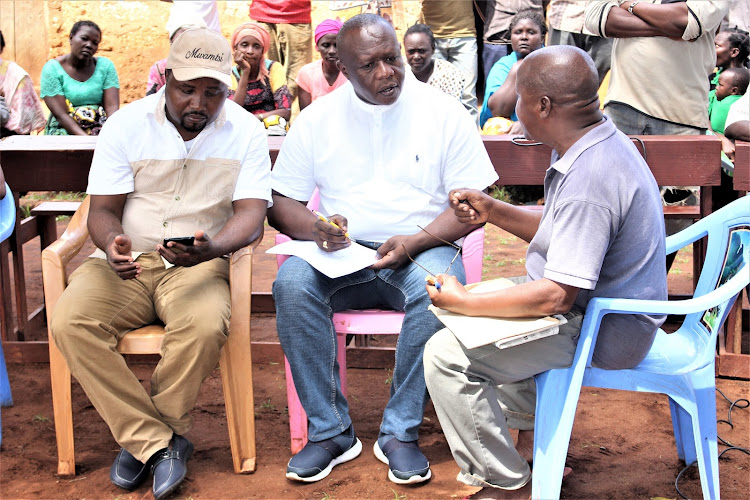 A power line extension in Kilifi North has run into headwinds after residents vowed to block it until they are compensated for their land.

Konjora and Sokoke residents say they are the landowners and not members of Kagaa Farm Cooperative Society who the Kenya Electricity Transmission Company wants to pay for the 220kv power line from Malindi to Kilifi town.

On Tuesday, the residents, led by MP Owen Baya called on Ketraco to stop any activities on the land until the compensation issue is resolved.

According to a February 22 gazette notice, the firm listed members of the cooperative society as the ones to be compensated.

But Baya claimed at Chando Primary School that the cooperative obtained the land fraudulently and "compensating them (members) at the expense of local residents is to sanitise land grabbing".

He said the people of Kibarani are the genuine owners of the land. "Ketraco wants to pay people whose sanctity of their titles is in question. We will not cede even an inch of this land to people who have no ancestry to the land,” the MP said.

The high voltage power line will cross two land blocks whose ownership is in dispute.

Two court rulings have cast doubts on the title deeds which were processed and issued in Maragua in 1978-79.

A consultant is on the site surveying where the line will pass.

Ketraco will pay for the houses and trees destroyed during the project but insists that compensation will only be to those with title deeds.

Chando CBO chairman Arnold Bundi said the land belonged to a white settler who was evicted after Independence.

“During the Moi regime, John Keen, who was a minister, took advantage and registered the land in his name. He later sold it to Kagaa Farm Cooperative Society which comprises people from Murang’a and Maragua," Bundi said.

"There is a plan by the government to buy this land and subdivide it to us. We have lived here all our lives and have nowhere to call home. This is a shock because we did not expect a government agency would encourage such land injustice."

Baya said he will officially write to both Ketraco and the National Land Commission to have the project put on hold until a truce is achieved.

The project was initially to cost Sh11 billion but had racked up bills of Sh16.5 billion.
Counties
2 years ago
by ELIAS YAA Correspondent, Coast Region
Counties
15 August 2019 - 00:00