Busia TVET graduates to get tools to earn a living 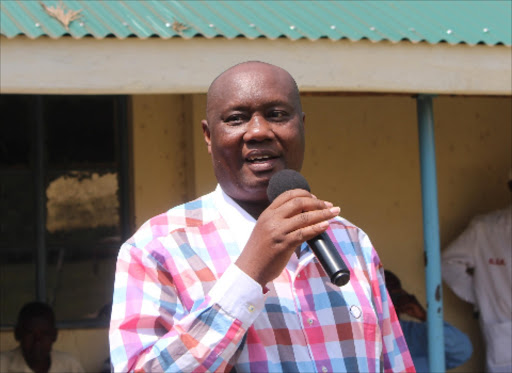 Busia's Education and Vocational Training department has been ordered to set up a business training and incubation centre for those graduating from VTCs.

Governor Sospeter Ojaamong said students who complete their internship after six months will receive toolbox kits in areas like mechanics and carpentry.

He spoke at Nambale Vocational Training Centre on Tuesday after laying a foundation stone for the construction of an administration block.

Ojaamong said his government wants students who have undergone internship in BTICs and have acquired effective skills to use their tools to earn a living instead of staying idle.

Education executive John Mwami said the governor will commission the distribution of Sh8 million worth of equipment to various VTCs across the county on Friday.

He told contractors to complete their projects within the set timelines, noting that no delays will be entertained.

He told village, ward and subcounty administrators to supervise the projects within their jurisdictions and submit regular reports on their status instead of waiting until they stall.

Deputy Governor Moses Mulomi said a contract for the completion and equipping of Nambale Theatre has already been issued. Tenders for the stalled ward at Nambale Subcounty Hospital has also been given out, he added.

The DG said he will follow up on all the five contracts commissioned on Tuesday to ensure they are completed in time.

Other contracts commissioned include the construction of administration blocks at Dirakho and Bukoma; renovation of a motor vehicle workshop at Katakwa and construction of carpentry and joinery at Onyunyur VTC.

County assembly speaker Bernard Wamalwa said the future of every county is vocational training centres and technical training institutes, thus the need to invest in them.

Wamalwa said relevant committees of the assembly will monitor the projects to their conclusion.

Technical, Vocational Education and Training graduates will benefit from the Sh500,000 to Sh1,000,000 housing projects that the national government ...
News
2 years ago