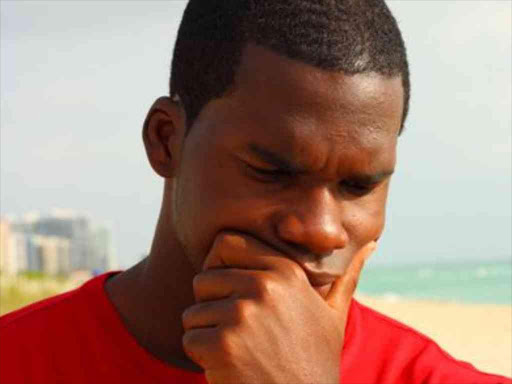 A man in deep thought

I recall visiting a Carpet Weaver Collective somewhere in Cappadoccia and one of the Weaver's explained to me that Knot density is the thing. And Kenya certainly can feel like the rug with the highest knot density which is a silk Hereke masterpiece by the Özipeks workshops, having an incredible density of approximately 10,000 kpsi, with a production time of about 15 years. Lets try and unpick some knots and pull apart some threads.

Of course, what happened at the DUSIT complex was a shot across the Bows. Don De Lillo wrote about this about Terror

"Terror's response is a narrative that has been developing over years, only now becoming inescapable. It is our lives and minds that are occupied now. This catastrophic event changes the way we think and act, moment to moment, week to week, for unknown weeks and months to come, and steely years. Our world, parts of our world, have crumbled into theirs, which means we are living in a place of danger and rage''

“I used to think it was possible for an artist to alter the inner life of the culture. Now bomb-makers and gunmen have taken that territory.” ― Don DeLillo, Mao II.

The Truth of the Matter is more people die on the roads everyday. Terror is a Mind Game. The response was professional and effective. The City moved forward. I extend my condolences to all who lost their lives. A lot now depends on whether this was a one off or not.

The Politics which took a new Trajectory post the "Hand-Shake" and always remains front, centre and frankly supersized in the scheme of things culminated with this headline in Bloomberg [bye-lined by David Herbling and Eric Ombok]

"Stroke of a Pen Upsets Kenyan Deputy's Presidential Ambitions'' History teaches us that incumbency has all the advantages and the likes of the Africa Confidential are characterising it as ''Three's a crowd'' Its a fluid political situation and a number of chess-pieces are being moved.

Over the last few months, there has been a significant reduction in US rate expectations. Expectations around growth have tilted lower. This downshifting has seen the US interest curve shift significantly lower and this in turn has boosted Frontier and SSA Sovereign debt prices and lowered yields. For example, Kenya's 30 Year Eurobond denominated in Dollars was close to 10% and has rallied about 100 basis points off those levels. Therefore, from a tactical perspective it was good to see the Treasury move with despatch to seize the opportunity. We learnt last week that Kenya is seeking proposals for issuance of $2.5bn Eurobond - source.

"They want to assess whether it would be cheaper to borrow in euros or dollars'' the source told Reuters. Kenya also announced that it had picked Standard Bank and TDB for $1 Billion of Syndicated Loans. Thats a $3.5b call right there. Now its obvious we are fully loaded and this is a phenomena that's not unique to us. How we now deal with the balance sheet is key. However, a $3.5b call now is tactically the right call, it kicks the can down the road.

The Shilling has strengthened to 100.7 last. Every January every year every Forecast about the Shilling predicts a 10%-15% devaluation. Its mind boggling. The Key levers with regard to the Shilling are the Price of Fuel [We have to write a cheque every month], inward Remittances [flew off the chart last year and its not clear to me if that Bump will turn out to be ''amnesty'' affected] and I think we underestimate the regional "safe-haven" status that the Kenya Shilling has earned. A move below a 100.00 would catch a lot of People off-guard.

The Nairobi Securities Exchange has opened 2019 bright eyed and bushy-tailed. The All Share is +4.31% in 2019 and at a 10 week high and the NSE20 Index +2.6% in 2019 and at a 4 month high. There has been a flurry of activity. India's Bharti Airtel is in talks to buy Telkom Kenya. Bharti Airtel is keen to fatten up its Africa business ahead of an IPO. Banking is seeing some consolidation with the planned merger between CBA and NIC and a Buy Out of Jamii Bora. Private Equity has taken a big bite of the Kantaria's Prime Bank. Digital Banking stays red-hot. Safaricom, notched up one million users for its new overdraft feature on the M-Pesa platform in just eight days, Safaricom launched the new overdraft feature called Fuliza on Jan. 7 this year.

“We got a million (customers) by day eight and by day eight we had lent $10 million. Now we are probably at $15 million,” CEO Bob Collymore told Reuters in an interview.

“If you don’t have enough cash, you simply draw down from the overdraft and you keep drawing down until you have got to your overdraft limit, which is predetermined by an algorithm.”

I attended the East African Breweries Investor Briefing and interviewed a very svelte and front foot CEO Andrew Cowan at the newly minted Serena Nairobi. Buy Notes have been landing with some regularity in my inbox of late. EABL reported a +18.256% headline revenue gain to 41.574b and a +33.448% spike in H1 Profit before Tax. They lifted the Interim dividend +25% and cash and cash equivalents rocketed from 4.584b to 8.757b +91.034%. Plenty of Innovation and a granularity around its offerings of which Uganda Waragi Pineapple is an example but which I have yet to partake. Tanzania was also kicking on with the Serengeti trademark at No.1 in country. Of course, they placed a $140m bet on the Lake Economy via their Kisumu investment. Performance will build through the second half I am sure and therefore Fridays price surge is sustainable.

Some reasons for optimism.