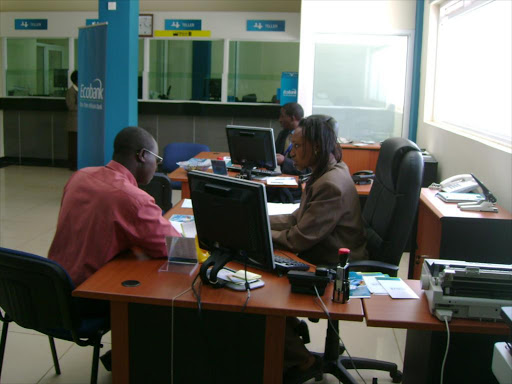 Running of savings accounts by the rural poor may help stem high dependence on family and friends in urban areas, a new study suggests.

The study titled The Effect of Savings Accounts on Interpersonal Financial Relationships: Evidence from a Field Experiment in Rural Kenya, was published is contained in the January edition of Oxford University Press

The study done in western Kenya by three professors from Stanford University, Wesleyan University and University of California at Santa Cruz, established that giving of bank accounts to the unbanked rural poor reduced their financial dependence on wealthier relatives.

The research found out that due to limited financial markets in rural locations, many financial transactions occur between individuals, without formal intermediation of banks or insurance companies.

The study, conducted by researchers from Stanford University, University of California Santa Cruz and Wesleyan University, and implemented by Innovations for Poverty Action in Busia District in Western Kenya, tested the impact of giving free bank accounts to 885 households, who were randomly picked.

“Many people in this setting don’t have formal insurance or savings accounts, and supporting friends and family when you are asked for money is very well-documented – it’s almost a requirement,” said Pascaline Dupas, associate professor of economics at Stanford University and a co-author of the study.

They found out that 69 per cent of households that were offered a bank account opened one, but only 15 per cent made at least five transactions in the account over the 28-month period after opening of the account.

“This 15 per cent of active users used the account quite a bit with the average amount deposited among this group at Sh22,500 ($223) for a household that spends for a typical household spends about ($43) Sh4300 a month.

The research revealed households that were offered free savings accounts were just as likely to engage in give-and-take type of financial relationships with their local network (merry go-rounds), but were less likely to receive transfers from their relatively well-off family members in towns who had regularly sent them money before. However, it observed that their consumption patterns were not affected by reduced remittances.

The research concluded that savings accounts have added benefits for holders, beyond informal insurance and savings, as they give opportunity to relatively well-off households who live far away in urban areas to invest in other economic areas.

The next area of interest is why there was increasing uptake of accounts while only few use them actively for financial transactions.