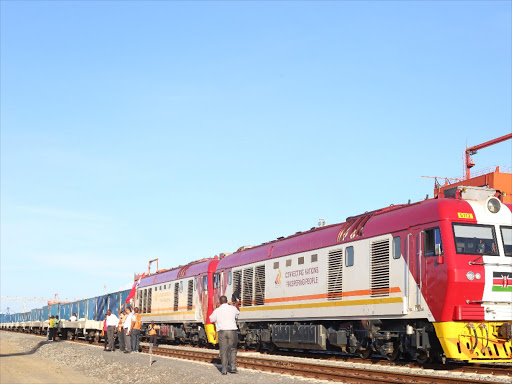 The Standard Gauge Railway has not been useful in reducing transport cost for manufacturers as it was expected, a new study by Overseas Development Institute shows.

The report titled ‘How to grow manufacturing and create jobs in a digital economy: 10 policy priorities for Kenya’ attributes the less impact of the SGR to an increase in delays for clearance of containers.

“While this was expected to reduce the cost by at least 30 per cent, the SGR has not been very effective in improving logistical efficiency due to lack of harmonization and streamlining in procedures,” the study noted.

This is at least 60 per cent higher than in the US and Europe according to Trade Mark East Africa.

Appearing before the Senate Committee on Tourism, Trade and Industry on Wednesday, Kenya Association of Manufacturers CEO Phyllis Wakiaga said the cost is likely to have gone up by about 70 per cent and 93 per cent for the 20 feet and 40 feet container respectively.

The high costs have seen manufacturers like New Wide Garments in Athi River EPZ, use its importing containers as exporting containers. However, it still reports container delays and increasing inflexibility in time as a result of the SGR transport system.

Lack of electronic tracking and communication systems in industrial trucks

Speaking in a panel discussion during the launch of the report, Wakiaga called on the relevant state agencies to reduce clearance agents at the port.

She said that there are at least 45 clearing agents at the port, who should be reduced to ensure reduction of clearance time for consignments of raw materials.

According to Shippers Council of Eastern Africa, importers have reported losses in hundreds of millions in demurrage charges as a result of delays to transport empty containers back to Mombasa in the last 10 months.

To remedy the situation, the association is proposing a review of the SGR freight rates to make them competitive.

Besides, the lobby group recommends the Kenya Revenue Authority to implement the Integrated Customs Management System to enhance the efficiency of customs processing.

On delays, the study wants a reduction of the containers at the SGR custom clearance depots through the introduction of electronic tracking and scanning procedures.

This is beside introduction of well fitting electrical trucks with digital tracking systems that can reduce delays.