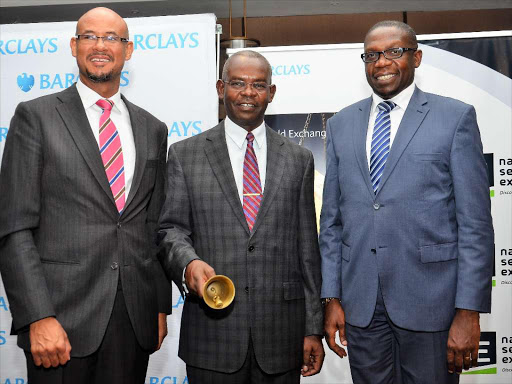 TransCentury's shares rose yesterday after the infrastructure-focused investment firm announced completion of sale of a quarter of its stake to New York-based Kuramo Capital for Sh2.02 billion.

The struggling firm's shares traded 8.62 per cent higher day-on-day yesterday to Sh6.30 per unit on completion of the sale of 24.99 per cent, a deal first announced last September.

Following the sealing of the transaction, Kuramo has gained some strategic control of TransCentury after it appointed three directors to the board.

TransCentury announced the appointments, noting the three non-executive directors were picked following the completion of the 24.99 per cent share acquisition by the private equity fund. The appointees are Shaka Kariuki, Wale Adeosun and Kamal Pallan.

Kariuki is the co-chief executive of Kuramo Capital Management, while Adeosun serves as the chief investment officer, while Pallan is the chief operating officer.

TransCentury said the acquisition had received all requisite statutory and regulatory approvals.

The negotiation started a year ago after the fund agreed to inject $20 million (Sh2.02 billion) into the Nairobi SEcurities Exchange’s listed firm to help pay part of the $80 million (Sh8.1 billion) convertible Eurobond that Transcentury floated in 2011.

TransCentury said it has allotted 93,776,173 new ordinary shares to Kuramo Capital. The stake effectively makes Kuramo Capital the single-largest shareholder in the firm.

“These new shares have been allotted to Kuramo Capital with effect from April 3, 2017,” the company said in a statement.

TransCentury issued a corporate bond on the Mauritius Stock Exchange in 2011, but nearly defaulted on repayments upon maturity on March 25, 2016.

The firm raced to a deal with bondholders, clinching a deal which halved its convertible debt to $40 million, two days before the maturity date.

As part of that reduction, TransCentury said it would write back the principal and interest charges amounting to $19.4 million in 2016.

TransCentury had previously said that the bond settlement by Kuramo positively impacted on its revenues last year and induced a return back to profitability.