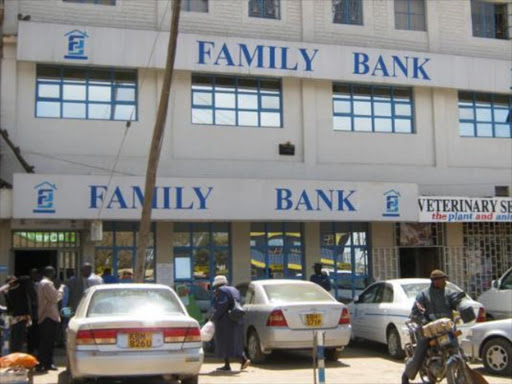 Family Bank is planning to layoff an unspecified number of employees in the next two weeks, with an aim of cutting high staff costs which have kept operating expenses above Sh6 billion since 2015.

The lender has already called for a voluntary early retirement through a memo circulated to staff on Friday, 30 September.

“As part of the bank's ongoing transformation strategy that entails assessment of our overall structure and resources with a focus on deploying capital efficiently to improve overall performance, the bank is offering a voluntary early retirement program to eligible employees as of October 1, 2016,” noted the memo seen by the star.

Family Bank's financial statements indicate operating expenses increased by 20 per cent from Sh5.34 billion in 2014 to Sh6.41 billion in 2015. That increase was largely caused by a 14.49 per cent jump in staff costs from Sh2.30 billion to Sh2.64 billion.

The layoff will be the second purge in less than a year. The bank fired nine managerial staff in December 2015 over the Sh791 million fraud at the National Youth Service.

The offer to eligible employees includes a golden handshake of one month pay for each complete year of service and a notice pay in accordance with the terms of employment contract.

According to the lender, employees will also be able to access their pension dues, while outstanding staff loans shall be settled at the rates applicable under its HR policy.

“Employees who are eligible will have 14 days from the day of this memo to apply. The offer shall close on 14 October,” the lender said adding: “At the close of the offer period, the bank will review applications received and communicate the final decision. The bank reserves the right to deny any application.”