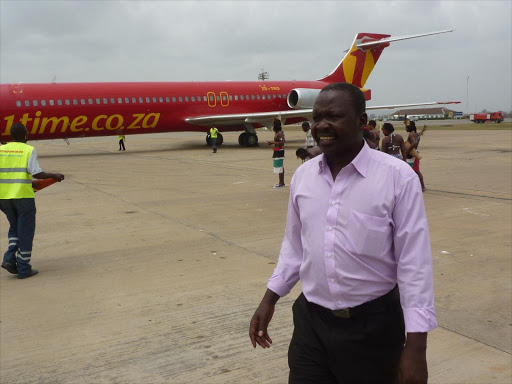 The Star has established Kangugo has been sent home alongside acting general manager marketing and business development William Simba and Senior legal counsel Victor Arika. KAA communications manager Dominic Ngigi has been transferred to Lamu from the authority's headquarters.

Kangugo yesterday confirmed having received a letter from the board signed by the new chairman, retired general Julius Karangi. Karangi did not pick our calls yesterday when sought for comment.

“I got a letter on Wednesday last week terminating my services but they have not given me a reason,” Kangugo told the Star.

A source within the authority told said the purge is related to the alleged scams in the ministry, which saw former managing director Lucy Mbugua sent home on June 27 last year.

Mbugua was also being investigated for her alleged role in the controversial Duty Free shops tender.

Kangungo was called from the Moi International Airport Mombasa to take over in an acting capacity prior to the naming of a new MD in July.

He took part in the recent interviews for the MD post but was unsuccessful. The KAA board appointed Norwegian Johnny Andersen to the helm, but he is yet to report to duty, some insiders allege.

The board has appointed Nicholas Bodo, an alternate board member from the Transport ministry to act, awaiting Andersen’s arrival. KAA has been without a substantive CEO since Mbugua’s sacking.

Audit firm PriceWaterhouseCoopers was contracted to conduct the recruitment cancelled by Transport CS James Macharia on January 12, after the board, then chaired by David Kimaiyo, discovered impropriety in the previous recruitment process. Kimaiyo was later sacked and was replaced by Karangi in a gazette notice on June 24.

Communications manager Ngigi said he was out of office. "I am currently away on leave I am not in a position to do anything," he said yesterday.