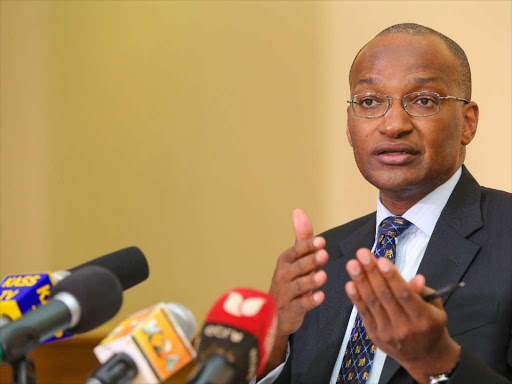 World’s leading banks, consultancies and think-tanks have revised up the country’s growth forecast this year for the first time in three months, citing infrastructure projects which are coming on board.

A consensus growth outlook from the 12 global firms shows the country’s economy is likely to expand by six per cent this year, a slight 0.1 percentage point upgrade over the last three months. This mirrors International Monetary Fund’s projection in April, while the World Bank stuck to 5.9 per cent forecast in June.

“Growth is being sustained by several infrastructure projects, including a new container terminal at the Mombasa port that is expected to increase its cargo capacity by 50 per cent, which is also crucial for Kenya’s plan to become an oil producer and exporter in 2017,” researchers at FocusEconomics, a Barcelona-based economic analysis firm, said in the report last week. “Increased tea output in the first half, coupled with the ongoing recovery in the tourism sector is supporting exports and foreign reserves.”

Capping of interest rates at four percentage points above the 10 per cent Central Bank Rate has, however, raised concerns of “riskier” firms and households being locked out of credit market, slowing growth in the medium term.

“The law will nevertheless support the activity of consumers and firms that remain eligible for loans in the formal market since it will make private sector credit cheaper for them,” FocusEconomics analyst Teresa Kersting told the Star via email. “On balance, however, the adverse impact of the drying-up of credit to riskier market segments will likely prevail.”

Credit to the private sector rose by a dismal 8.6 per cent in June year-on-year, much slower than the CBK’s target of 15.3 per cent, and slowed further to 7.07 per cent in July.

“We need to go and investigate and see who actually has done what,” Central Bank governor Patrick Njoroge said last Wednesday. “We began to see this trend since June when it became much clearer although there was some sort of deviation earlier in the year.”