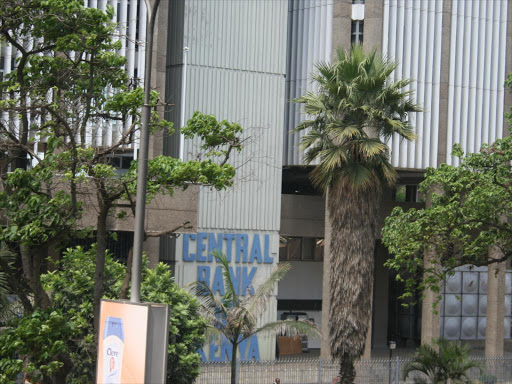 The Central Bank of Kenya./MONICAH MWANGI

John Maynard Keynes, who is widely considered one of the founders of modern macroeconomics, said: “The market can stay irrational longer than you can stay solvent.”

If the 200 best don’t do better than the 200 worst, you should probably be in another business.” Robertson bet the bank against the Nasdaq rally in 2000 and lost his shirt.

He was right, but the market stayed irrational, then went exuberantly irrational before correcting. If you look around the world today, it is clear that we are in the middle of an extraordinary monetary policy experiment, where central bank governors Haruhiko Kuroda in Japan, Mario Draghi in Europe and others have become 21st century’s monetary wizards, suppressing bonds’ yields, and buying up every bond they can get their hands on.

Some argue that what we have witnessed is a stealthy nationalisation of bond markets, in particular. Developed bond market prices are no longer trading on fundamentals, but on the basis of demand and supply, and the perception that the central banks will continue to be a source of ‘’infinite’’ demand.

In my younger days, I used to like to party, and I can remember within a party, you would have the first rush, and then again in the early hours you might find another surge. Finally, you might start to hear the birds, and it was at that moment you knew it was all over. Like the inestimable prince said: ‘’Party like its 1999.’’

A lot of risk calculations are based on Value at Risk (VAR). Essentially, you overlay a volatility measure over the portfolio, and you calculate how much money is on the line.

Central banks have suppressed volatility therefore in real terms; investors are now holding bigger positions at these current artificially suppressed levels. If volatility spikes, positions are going to be reduced en masse. Or to put it another way and to borrow the lyrics from the Eagles Hotel California:

Mirrors on the ceiling,

The pink champagne on ice

And she said “We are all just prisoners here, of our own device”

Last thing I remember, I was

Running for the door

I had to find the passage back

To the place I was before

“We are programmed to receive.

But you can never leave! “

What is clear is that we are at the fag-end of this party. German 10-year bund yields turned positive for the first time since July. According to Deutsche Bank, developed market bonds and equities are at their most expensive ever.

Therefore, my second trade of the year (my first was to be long, the Yen from January) is to buy put options on 10-year bonds because this is going to pop, and when it pops, the wizardry won’t work anymore, and at that moment there is going to be one heck of a move.

The author is a financial analyst. www.rich.co.ke

Post a comment
WATCH: The latest videos from the Star
by ALY-KHAN SATCHU
Counties
12 September 2016 - 02:00
Read The E-Paper