Investors opt for property as they move cash from banks 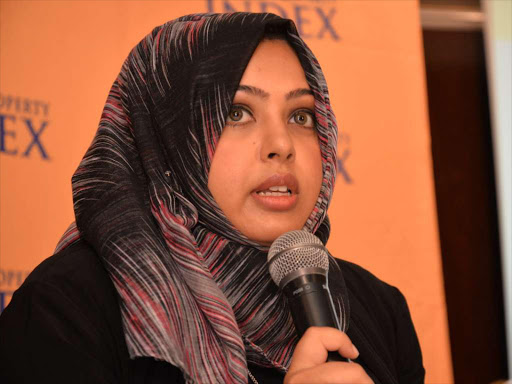 Hass Consult research and marketing manager Sakina Hassanali during the presentation of the Hass property price trends for first quarter 2016 in Nairobi on April 18.Photo/Enos Teche.

Poor performance by the stock market coupled by uncertainty in the banking sector has pushed up property inquiries in Nairobi, despite a 0.2 per cent drop in land value in the city.

Real estate firm HassConsult yesterday said the number of inquiries has increased significantly, “as land continues to outperform other commodities returning nine times that of gold and 13 times that of cattle over the past seven years”.

“After we had an issue with the banking sectors in the last couple of weeks, we had a lot of people call us and say we want to buy property because it is safe than putting their money in banks,” said Sakina Hassanali, Hass Consult head of research and marketing.

An acre of land at Upper Hill is average Sh511.3 million from Sh509.5 million in December.

Kilimani is the second most expensive suburb where an acre costs an average Sh425.7 million from Sh420.5 million.

Kileleshwa caps the top five most expensive areas with an acre averaged at Sh259.3 million, a drop from Sh265.2 million in December.

The highest price decrease was in Eastleigh where an acre now costs an average Sh256.9 million from Sh277.8 million.

At Runda, an acre has gone up from Sh74.3 million in December to Sh77.1 million.