Kenya gears up for US aviation team's audit 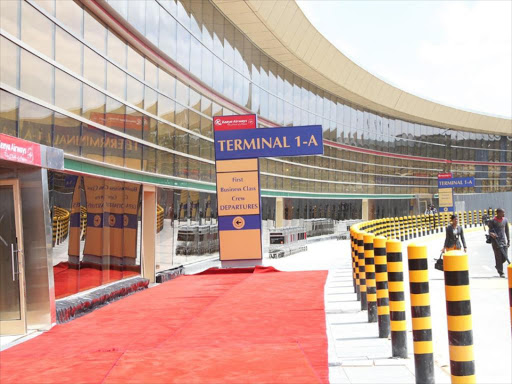 The New Terminal 1A of JKIA. The airport was named Best Improved in Africa 2015, by ASQ. Photo/File

KENYA Civil Aviation Authority’s capacity and the civil aviation system will be the areas of focus when the country’s final audit for direct flights between Nairobi and the US is done.

This is according to US Federal Aviation Administration’s International Aviation Safety Assessment procedure, which concentrates on the processes and documentations of a country’s regulatory body.

The IASA assessment checklist is divided into nine sections corresponding to eight critical elements of safety oversight system, as defined by the International Civil Aviation Organisation.

It also has a section covering general information and air operator complexity.

Kenya which is expecting an IASA assessment this year will be evaluated on its primary aviation legislation, specific operating regulations, state civil aviation system and safety oversight functions.

Its technical personnel qualifications and training will also be reviewed.

The country is gearing up for the final audit by FAA which if passed, will see Jomo Kenyatta International Airport upgraded to a category one status, a requirement for direct flights to the US.

According to KCAA which has indicated readiness for the audit, Kenya has to score a minimum 80 per cent in the IASA audit to qualify.

Kenya is inching closer to the upgrade after scoring 88 per cent in a security audit by ICAO, conducted between September 17 and 24, 2014.

“We are ready for them. With the measures in place and the performance in the ICAO security audit, we believe we will make it,” KCAA director general Gilbert Kibe told the Star in an interview last month.

Post a comment
WATCH: The latest videos from the Star
by MARTIN MWITA
Counties
05 March 2016 - 05:00
Read The E-Paper