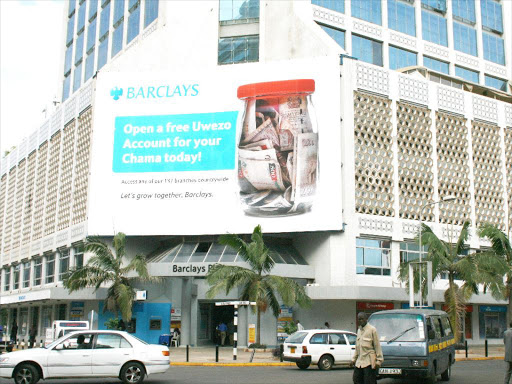 BARCLAYS Kenya has launched agency banking, more than two years after majority of its top-tier peers adopted the model.

The roll out will be done in phases whereby the bank's clients will first access these services at only 182 outlets immediately while the remaining 218 outlets will offer agency banking by end of the year.

“The change in global technological trends and lifestyle is such that people greatly value convenience and ease-of-service. The focus towards mobility both in professional and personal life patterns necessitates the introduction of service channels which support this lifestyle,” said Barclays Kenya managing director Jeremy Awori.

were finding it harder to grow and compete locally than indigenous lenders.

This the firm said is due to the rapidly evolving landscape brought on by mobile money platforms such as Mpesa, agency and informal sector banking.

Cytonn said the local banks adopted these innovations faster compared to foreign banks hence their impressive growth over the years. KCB, Kenya's most profitable bank launched agency banking in 2012, while Equity, the lender with the highest number of customers and Co-operative Bank started agency business in 2011.