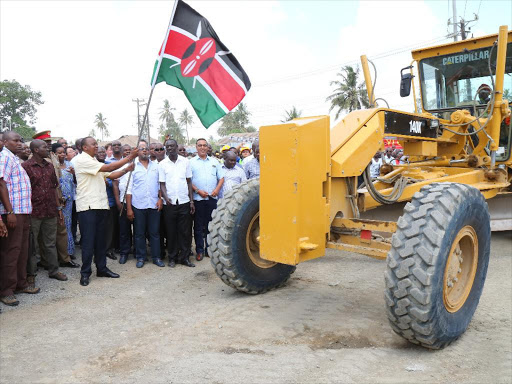 KENYA’s economy will grow by up to six per cent in 2016 driven by political influence, fiscal policy and tourism recovery, a new study forecasts.

Nairobi-based Cytonn Investments estimates a growth in Gross Domestic Product of between 5.5 per cent and 6 per cent, with increased investments in infrastructure, education, health and energy sectors.

Both the national and county governments are expected to step up their infrastructural developments as a “campaign move”, ahead of the 2017 general election, a shift likely to boost development, support trade and economic growth.

“We expect high level of government activities in their infrastructural developments as they race to make strides, which they can leverage for votes. This includes roads, railways and airports,” Cytonn chief investment officer Elizabeth Nkukuu said.

The tourism sector which has begun to recover owing to improved security, lifting of travel advisories and government incentives including chatter flight initiatives, is expected to increase the country’s foreign exchange inflows.

According to Cytonn’s 2016 Business and Market Outlook report launched in Nairobi yesterday, liquidity in the money market is set to improve in 2016, owing to high treasury maturities (T-bills and bonds), totaling Sh310.3 billion.

However, agriculture and financial intermediation, which contribute to 24.9 per cent and 5.4 per cent to GDP, respectively, are projected to grow at a slower pace than 2015, with an expected drought which usually comes after El-Nino.

This is also pegged on the expectation of a volatile interest rate environment which will affect the operations of the sectors, according to Cytton head of private equity Shiv Arora.

Inflation is also expected to remain above the 7.5 per cent Central Bank of Kenya upper limit in 2016.

This is due to El-Nino effects projected to continue being felt in quarter one of 2016, and an expected drought which will affect food prices.

The Shilling is expected to remain under pressure in 2016 as a result of a strengthening dollar in the global market.

Corporate earnings are expected to remain subdued in 2016, owing to “the high interest rate environment, depreciating shilling, inflationary pressures and a slowdown in credit growth”.

“We expect earnings for listed firms to grow in the range of 7.5 per cent to 10.0 per cent during the year,” Cytonn's investment manager Maurice Oduor said.

Last week, the World Bank projected Kenya’s GDP growth to rise to 5.7 this year from 5.4 in 2015, supported by large-scale infrastructure projects including the ongoing construction of the Standard Gauge Railway and the expected development of the Lamu Port.

FocusEconomics – a Barcelona-based economic analysis has also projected a six per cent growth for this year, rising to 6.4 per cent next year.