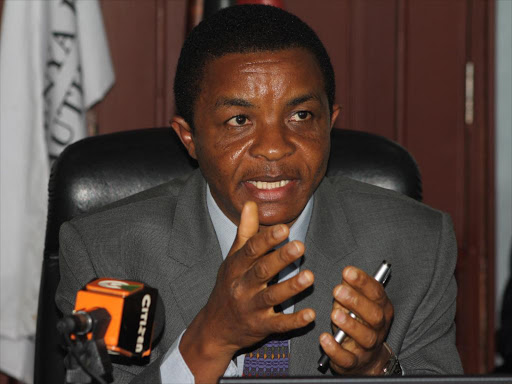 London-headquartered BAT has, in recent weeks, come under sharp focus locally and in the UK for allegedly bribing top politicians and staff of the KRA in a bid to stifle competition from Mastermind Tobacco Kenya.

Commissioner-general John Njiraini said the KRA Act allows the authority to receive leads to tax-evasion or avoidance practices by companies from any credible source, including their competitors.

“There is nothing irregular about the use of that information including that which is supplied by business rivals,” Njiraini told reporters. “The only point is that we make sure that the information is credible, can be corroborated and therefore

He has further alleged BAT also gave information regarding the operations of Mastermind, the data which the KRA allegedly used to demand taxes.

KRA staff are at the centre of the bribery allegations levelled against BAT Kenya.

The taxman has invited detectives from the Ethics and Anti-Corruption Corruption to investigate the allegations on its staff.

“If there was information that was supplied to us genuinely and in line with the law and then somebody benefitted… it is against our policy and the investigations that we are carrying out will help us establish exactly what happened, ” he said. “But we find it inappropriate that people are already passing judgement in a matter that has been placed in the right forum.”

Njiraini said no action will be taken against its staff until investigations are concluded.

“We have not accepted that what is alleged happened. That's why we want it proven through these investigations,” he said. “Allegations cannot become the truth just by the mere fact that it is published. When it [investigations] is done, we will come and say the evidence is here.”

The KRA has forwarded the contacts of Hopkins to the EACC to help get more information from him. The British national, whose dossier has implicated high-profile politicians directly and indirectly, has refused to give information to the KRA because they are party to the “scam”.

He is nonetheless expected to co-operate with the EACC after he told the KRA he can only give information to a third, independent party.

“Did we ever receive information from BAT? I cannot tell you that and that's why we have investigations,” Njiraini said.

Mastermind is embroiled in a long-standing tax dispute with the KRA. The office of the Prime Minister, through the acting PS Andrew Mondoh, tried to prevail upon the taxman to suspend freezing of Matermind's accounts by KRA in May 4, 2010 letter.

Njiraini said the agency, then headed by Michael Waweru, did not respond to the letter because such disputes are either dealt with through the Tax Tribunal or the High Court.