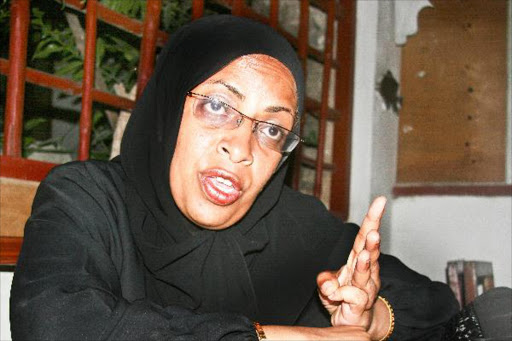 The government is set to start sub-leasing its vast parcels of land in major urban centres to real estate developers to increase the supply of affordable houses.

Principal Secretary in the ministry of Land, Housing and Urban Development Mariamu El Maawy says the government is ready to negotiate with about five developers with social housing plans.

“We want to run a small pilot project for subleasing (of public land),” El Maawy told a meeting of policy makers, developers and financiers in Nairobi on Monday. “If you are interested, you may as well start placing your bid for consideration.”

The Jubilee administration has set a target of new 300, 000 units – an equivalent of estimated annual deficit in urban housing – by end of its first term in power in 2017.

To deliver on the plan, the government seeks to borrow from best practices in affordable housing globally.

Between 2010 and February this year, about 171,000 units had been built through the project, launched in 2004. It is overseen by the Ethiopian Housing Development Agency.

Although the project is likely to miss a target of 400,000 condominium units between 2010 and this year, it has nonetheless done better than the National Housing Corporation of Kenya.

NHC has put up about 50,000 units, mainly in Nairobi and Mombasa, since its establishment in 1967.

The government would also draw on experiences in Angola, Algeria, Morocco, Nigeria, Senegal, Chad, Columbia, among others, in coming up with the best model for affordable housing.

“We have a lot to learn from already when looking for an appropriate model. If any developer sees a better model to deliver affordable houses outside what the government is looking at, he should go ahead and implement it,” she said. “It’s the reconnection between housing and infrastructure that will determine the success of this project.”

Past government housing schemes have largely focused on civil servants. The PS said future plans will cater for the general public who will be allocated about 40 per cent of completed units.

Developers have cited the high cost of land in prime areas as the main hurdle to affordable housing.

Pete Muraya of Suraya Property Group said the average increase of between 30 and 40 per cent in land prices per year is the largest contributor to the rising cost of houses, especially residences.

“We are forced to buy the land at whatever price it is being sold at, and pass the cost to the [home]buyer,” Muraya said. “This is a major hindrance and the government need to open up new areas and give that land to developers.”

Hosea Kili, the chief executive of CPF Financial Services – a major investor in real estate – lauded the move. He said the government should even consider acquiring land forcefully for affordable social housing projects, just like it does for development of key infrastructure projects.

Kili said land banks acquired by the state should be given to private developers through win-win arrangements, including the Public-Private Partnerships.

“If that is not done then the common man will always be struggling to get a decent house because growth in salaries and wages will never match cost of land,” Kili said in an interview with the Star. “Land is a finite asset and because of its shortage, prices have to always rise.”

Acting CS for Land and Housing Fred Matiang’i has given the subleasing plan some credence.

“The reality is government can’t do houses ...because it will spend seven months trying to decide what to do. The private sector will have delivered houses in that period,” Matiang’i said during the housing stakeholders’ forum on Monday. “We have to bring in the private sector to do it.”

The CS directed a task force to work on a delivery plan for the 300,000 new affordable houses, in collaboration with the private sector by 2017, be immediately formed by the ministry.

Failure of the plan would portend a crisis in the near future, he said.

“If we are talking of about half of our population being urbanised from 2020, we either address the issue of housing now, or we are foolishly walking towards a crisis.”

Matiang’i has also exerted pressure on the the National Construction Authority, National Environment Management Authority and the Kenya Revenue Authority to harmonise their respective construction fees in a month’s time.

“Why would all these fees not be paid at KRA? Why should someone move from one office to another to pay the fees? These are rent-seeking opportunities.”

A study by property listing firm Lamudi Kenya, based on residents hunting for houses online, established that most of houses being churned into the market are not affordable to most prospective homeowners.

Most middle-class buyers were last month, for example, willing to buy a townhouse for an average of Sh10 million. The developers were however asking for an average Sh28 million.