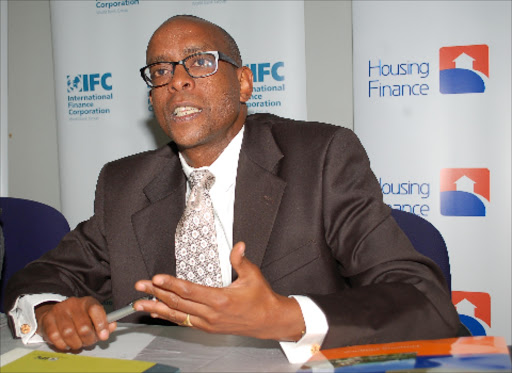 Mortgage lender Housing Finance has reported a marginal 7 per cent drop in its annual pre-tax profit and its wary of the upcoming elections which it says will determine the future of mortgage uptake.

The group profits for 2012 stood at Sh907.6 down from Sh957.7 million posted the previous year.It missed its mortgage financing target of Sh14.8 billion to disburse Sh10 billion during the year.This saw it miss its mortgage asset holding target of Sh34 billion by 15 per cent.

"The lower disbursements were as a result of the high interest rates during 2012 that discouraged uptake of mortgages,"managing director Frank Ireri said yesterday.

Ireri said the political temperature could see inflation rate shooting up which may drive interest rates up again."Business growth in 2013 will be shaped by the March 4 elections, inflation threat, monetary policies and land reforms," he said.

The management is however impressed by the performance considering the 2012 operating environment."The trading environment was characterised by funding pressures and resultant reduced margins and exchange rates volatilities," he said.

The group posted Sh742 million in profit after tax, an increase from Sh622 million posted last year, attributed to lower tax expense in 2012.

Its interest income rose by 47 per cent to Sh5.1 per cent from Sh3.4 reported.The total loans and disbursements were up by 20 per cent from Sh25.2 billion in 2011 to Sh30.2 billion while customer deposits rose from sh18.6 billion to Sh22.9 billion.