•Palm oil is used in products from cooking oils to processed foods, cosmetics and biofuels.

•The Kenya Association of Manufacturers( KAM) has since called on the local government to considers lowering VAT rate from the current 16 per cent, to cushion consumers from the rising cost of living. 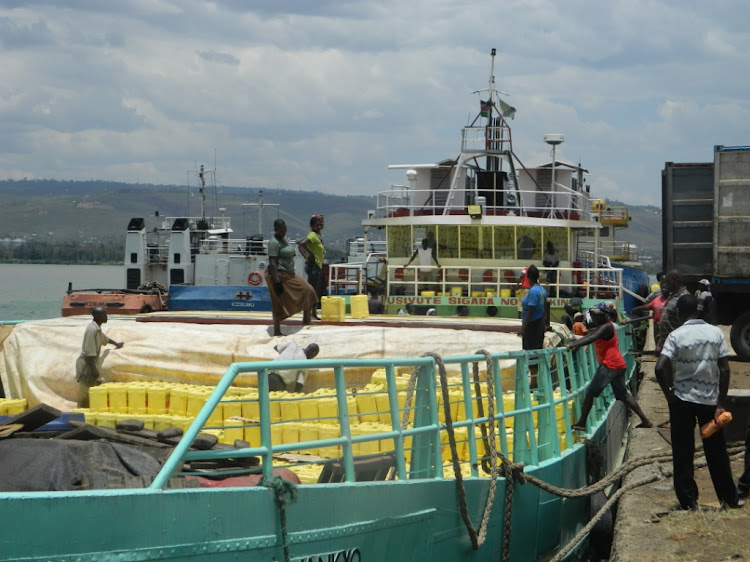 Indonesia's new palm oil export ban will hurt other countries but is necessary to try to bring down the soaring domestic price of cooking oil driven up by Russia's war in Ukraine, Indonesia's finance minister told Reuters on Friday.

Sri Mulyani Indrawati said that with demand exceeding supplies, the ban announced earlier on Friday is "among the harshest moves" the government could take after previous measures failed to stabilize domestic prices.

"We know that this is not going to be the best result," for global supplies, she said in an interview on the sidelines of the International Monetary Fund and World Bank spring meetings. "If we are not going to export, that's definitely going to hit the other countries."

China and India are among big importers of palm oil from Indonesia, the world's largest producer accounting for more than half the world's supply.

Palm oil is used in products from cooking oils to processed foods, cosmetics and biofuels.

Indrawati said previous measures requiring producers to reserve stocks for domestic use did not result in "the level of prices that we want. It's still too expensive for the ordinary household to buy those cooking oils."

At this week's meetings in Washington, policymakers have expressed concern about growing prospects of food shortages due to the war in Ukraine, a major producer of wheat, corn and sunflower oil.

But Indrawati, a former World Bank managing director, said that as a political leader and policy maker food security issues needed to be defined first at the country level, then regionally and globally.

She likened the current food supply situation to the early weeks of the Covid-19 pandemic, when countries competed with each other for masks, medical protective gear and other critical supplies.

"Just like we were facing during the pandemic, we know this is not good in the medium and long term, but in the short term, you cannot stand in front of your people when you have the commodity which is needed by your people and you let (supplies) just go out" of the country.

Indonesia's move, which takes effect on April 28, caused prices of alternative vegetable oils to surge, with soybean oil hitting a record high on Friday. An Indian trade group called the ban "rather unfortunate and totally unexpected."

Indrawati said her government would analyze the impact of the measure on global and regional market dynamics.

For palm oil and other food commodities, she said the World Bank and other international institutions needed to focus on "supply side measures" to increase production.

But Indrawati said Indonesia has limited ability to increase palm oil production due to environmental concerns. Since 2018, the government stopped issuing new permits for palm oil plantations, which are often blamed for deforestation and destroying habitats of endangered animals such as orangutans.

Instead, Indonesia was focusing on improving infrastructure to allow producers to become more efficient and increasing production of other crops in high demand, including corn and soybeans, she said.

In Kenya, commodity prices have been increasing with the Russia-Ukraine war's impact being felt.

Cooking oil is among commodities whose prices have more than doubled in the last two months, with the latest development meaning the prices could only go higher, than drop.

During an interview with the Star, Golden Africa, dealers in cooking oil with brands such as Avena and Pika, said a shortage in the supply of sunflower has forced manufacturers to solely rely on crude palm oil for production of cooking oil and fats, of which Indonesia and Malaysia combined produce more than 90 per cent of global supplies.

Ukraine is the largest exporter of sunflower oil globally, responsible for up to 46 per cent of sunflower-seed and safflower oil production.

The second largest producer is Russia, which exports about 23 per cent of the world’s supply.

Alternative Soybean oil supplies were also affected by the two-year drought in Argentina and Brazil due to La Nina; while Sunflower oil supplies have come to a sharp slump after start of the Ukrainian crisis.

Malaysia posted weak production over the last six months, with December last year being one of the biggest month-on-month tumble in a year thanks to the heavy precipitation and flooding as well as labour shortages.

This has left the world dependent almost exclusively on Indonesian palm oil which had enforced a 20 per cent retention of all planned oil exports to be sold domestically.

The ban now spells doom for households on only in Kenya but most markets which depend on imports of raw material for manufacturing and processing of cooking oil.

“Locally, despite the fact that Covid related factors, it had already caused a jump in the price of a 20 litre jerrycan from Sh2,200 to Sh4,500 in under 2 years; after the invasion, the price shot  up to Sh5,100 in under a week,” Golden Africa general manager Abdulghani Al-Wojih said.

The Kenya Association of Manufacturers( KAM) has since called on the local government to consider lowering VAT rate from the current 16 per cent, to cushion consumers from the rising cost of living.

This, as they warn of a continued rise in the cost of both locally produced goods and imports, driven by high fuel prices, supply chain disruption, and the impact of the Russia-Ukraine war on global trade.

This will adversely increase the cost of commodities, resulting in more pain for consumers, who are already struggling to make ends meet, KAM says.

It is uncertain how long the ongoing war will last and as such, consumers shall continue to feel the pinch of the increase in commodity prices.

“To cushion its citizens from the effects, the government should consider lowering the VAT rate to enhance affordability of these commodities. Once the conflict is contained, and commodity prices stabilise, the VAT can then be restored to the original rate,” KAM chief executive Phyllis Wakiaga told the Star.

Food and fuel prices push up March cost of living

The month-to-month food and non-alcoholic beverages Index increased by 1.49 per cent between February and March.
Business
9 months ago