As the number of star ratings and reviews rose,the more products were increasingly scrutinized online 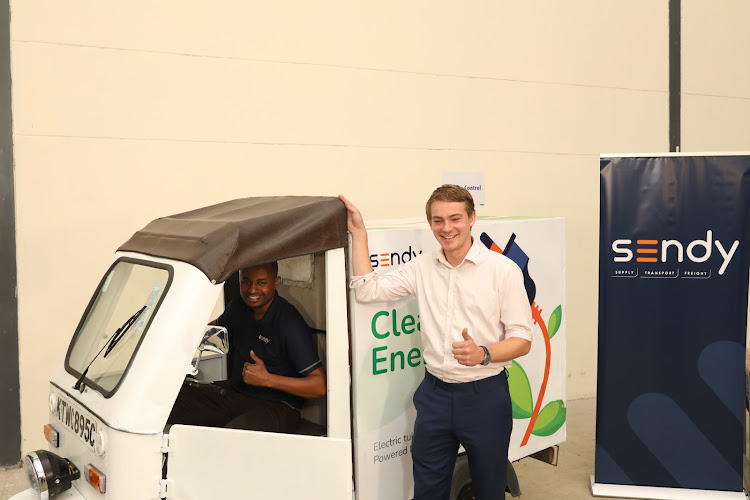 According to the study, the Covid-19 pandemic saw a huge shift from face to face shopping to online shopping and this saw a surge in online ratings and reviews consultation.

The global consultancy firm notes that the volume of reviews was 40-80 per cent higher than in 2019, with customers consulting and trusting customer reviews more often than brand marketing.

It added that as the number of star ratings and reviews rose,the more products were increasingly scrutinized online.

This was the case as many buyers have now started basing their purchase decisions increasingly on views from other consumers rather than information from companies.

“If a poorly designed product has a one-star rating and inspires scathing critiques from disappointed buyers, even the most exhaustive, well-funded marketing campaign won’t improve sales,” the research stated in part.

Globally, experts have noticed that even an increase as small as 0.2 stars can create meaningful growth for products and categories.

“This paradigm shift has given consumers more control during the buying process and has forced retailers to meet the new and higher customer experience expectations,” McKinsey stated.

The report noted that this shift shouldn’t make retailers nervous because while they do have new expectations to meet, they also have huge opportunities to utilize this customer feedback and improve every aspect of the customer experience, including product development.

The research noted that even though some reviews are false and companies have been known to manipulate star ratings, consumers still largely trust these sources.

The lockdown occasioned by the coronavirus pandemic saw new e-commerce users rise by 5 percent in Sub-Saharan Africa in 2020, according to payment platform Visa.

Even for products in tourism and wildlife, reviews and ratings have been proved to boost bookings and inquiries .

Although companies can easily recognize the link between online star ratings and sales, most have not closely examined the incremental growth from each star.

Some research has attempted to quantify this relationship, but the firm wanted to understand the information at a much more detailed level.

To do so, Mckinsey first analyzed reviews and ratings across the 70 highest-selling categories on a major online platform—hundreds of thousands of individual stock-keeping units(SKUs) over a two-year time span.

The correlation between star ratings and product sales was positive in 55 of the 70 categories we examined.

Across all categories, 95 percent of units sold had 3.5 or more stars.

SKUs with three- or four-star ratings enjoyed sales that were three times higher than those with one-star ratings.

Even a small rise in score, such as an increase from 4.2 to 4.4 stars, often produced a meaningful improvement in sales, the firm said.

Across the 55 categories, the total growth opportunity—the cumulative sales increase that could be attributed to improvements in products’ star ratings—was 37 percent over the span of the growth horizon.

This opportunity varied greatly across categories, however, ranging from 168 percent for cat food to 17 percent for coffee makers.

“Such differences could mean many things; for instance, people buying coffee makers may be more loyal or may simply rely less on reviews,” said the firm.

The beginning of the growth horizon—the star rating at which sales begin to rise—also differed among product categories.

For many of them, such as office desks and workstations, it begins at around 3.5 stars.

By contrast, the growth horizon of infant and car seats for children began at around 4.4 stars, most likely because few parents would even consider purchasing a product with a rating below this level, and the risks associated with bad choices are higher.

Consumers might be willing to pay for the most expensive glucose meter because its safety and accuracy are very important.

Th study also found out that the incremental gains were not the same for each ratings jump.

Products with an average review that rose to at least four stars—typically considered a good rating—tended to have the greatest benefits.

For instance, one product experienced incremental growth of only 4 per cent when its rating increased from two to three stars.

Even so, when the rating went even higher, from three stars to four, sales rose by 24 percent.

The gain in ratings increased both views and conversion rates.

Despite the obvious advantages of improving a product’s online ratings and reviews, few companies have programs dedicated to this effort.

Many, for instance, do not fully understand the value of analyzing review text and thus hesitate to invest heavily in an area that seems speculative or unproven.

Others are holding back because of the complexities involved, especially since the pandemic is forcing them to focus on more immediate, pressing issues.