Cryptocurrencies that hold profitability potential in 2021

• The crypto market is becoming more attractive as more virtual currencies are launching in different areas of the world.

• Obviously, every crypto trader knows about popular currencies such a bitcoin, Litecoin and, Ethereum. But there are several other cryptocurrencies that hold profitability potential. 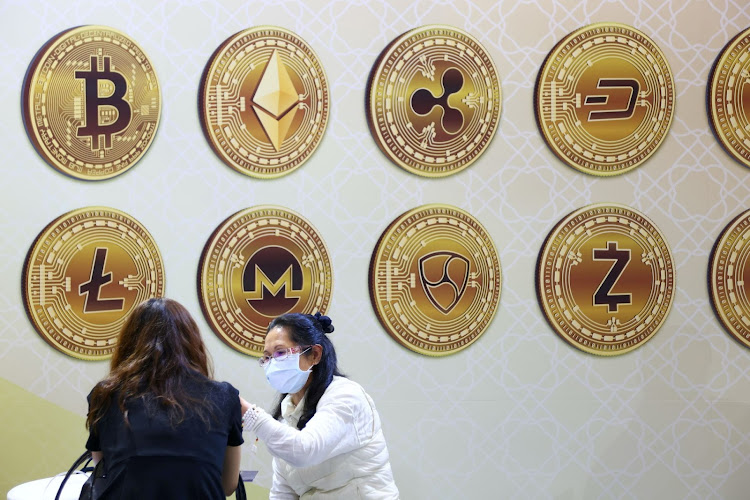 Customers talk against a backboard with signs of cryptocurrency during 2020 Taipei International Finance Expo in Taipei, Taiwan, November 27, 2020.
Image: REUTERS

Cryptocurrency is becoming the mainstream investment opportunity for investors all around the world.

Two decades back, no one would have imagined the dominance of virtual currency over financial transaction infrastructure.

The number of investments in crypto is increasing every day. The crypto market is becoming more attractive as more virtual currencies are launching in different areas of the world.

Everyone wants to win in crypto-trading, no one wants to lose their money. People are trying to find new techniques are strategies in order to maximize profitability and minimize risks.

The most important aspect to consider before entering the crypto market is, to find out the most profitable virtual currencies that have maximum profit potential.

Obviously, every crypto trader knows about popular currencies such a bitcoin, Litecoin and, Ethereum. But there are several other cryptocurrencies that hold profitability potential.

An overview of Some Infamous Cryptocurrencies

Chainlink is considered an Ethereum token, powered by an oracle network, the aim is to facilitate smart contracts existing on top of blockchains by providing reliable and real data. The global network of computers is incentivized by this process.

It was initially designed for the Ethereum platform but later on, Polkadot and Tezos also moved forward towards it. The market for chainlink cryptocurrency took a sharp turn from a low price of $ 11 and reached an all-time high of $ 36. The prices are volatile enabling investors to earn more.

Cardano has been in the crypto market since 2017 competing with Ethereum blockchain. The platform was introduced by (Input Output Hong Kong) IOHK. The company is involved in providing blockchain solutions to corporates and educational institutes. The company further makes cryptocurrencies for the government and enterprises.

The current market capitalization of ADA is around 39 billion dollars. The currency price speculated in the first month of 2021 and finally achieved an all-time high in the month of February. There are predictions for ADA to hit $ 2 by end of 2021 or might even touch two figures.

Ripple is one of the old cryptocurrencies operating in a market, it was introduced in the market in 2012. It just only a cryptocurrency but also a financial service provider. The ripple tokens are used to facilitate a decentralized payment system. Initially, it was a blockchain-backed system, but now XRP is based on a network of validation nodes rather than blockchain.

Most of the traders are precise towards mainstream cryptocurrency and do not acknowledge the significance of less known cryptocurrencies. There are several other profit-making cryptocurrencies in the market that are doing good enough to attract investments.

There are almost around 4000 existing cryptocurrencies and many are on their way to launch. It would be difficult to examine the most appropriate one in the terms of profit, in order to find out the most profitable virtual currencies, platforms like the News spy could be of great use.