•Growth-linked sectors from energy to miners rallied on the prospects of more U.S. stimulus. 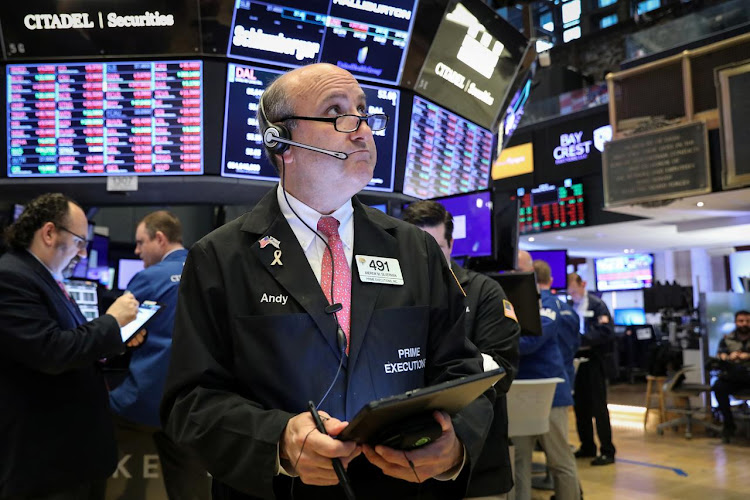 Activities at a trading floor/REUTERS

Bonds licked their wounds and stocks rose on Thursday as investors bet Democrat control of the U.S. Congress would enable President-elect Joe Biden to borrow and spend heavily, with a bruised dollar hovering near its lowest in almost three years.

Europe’s Euro STOXX 600 gained 0.3%, with indexes in Frankfurt and Paris up 0.4% and 0.6% respectively. Growth-linked sectors from energy to miners rallied on the prospects of more U.S. stimulus.

Even after risk sentiment was earlier knocked by images of President Donald Trump’s supporters storming Capitol Hill to attempt to overturn his election defeat, S&P 500 futures rose 0.6% as order was restored and Congress returned to work.

It quickly became clear that objections from pro-Trump Republican lawmakers to Biden’s victory in battleground states would be rejected overwhelmingly, including by most Republicans.

“For stocks it will be a net positive, for other assets classes it will be different,” said Olivier Marciot, a portfolio manager at Unigestion said of the Democrat victory.

“The bond moves yesterday were something we hadn’t seen for a long time. The case is for reflation.”

Wednesday’s bond selloff pushed the yield on benchmark 10-year U.S. Treasuries, which rises when prices fall, over 1% for the first time since March. It rose as high as 1.0660% on Thursday.

The ramifications of the Democrat victory played out in currency markets, too.

The dollar had sunk on the Georgia results to a near-three year low against a basket of six major currencies, with traders betting growing U.S. trade and budget deficits would weigh on the greenback. On Thursday it bounced 0.3% to 89.529.

Against the euro it hovered near an almost three-year low of $1.2349, and also languished near recent multi-year troughs against the Aussie, kiwi and Swiss franc.

“Higher Treasury yields should benefit the dollar against the euro and the yen,” said Masafumi Yamamoto, chief currency strategist at Mizuho Securities in Tokyo.

“However, the dollar will remain weaker against commodity currencies like the Aussie and emerging market currencies.”