4500 farmers in Meru to be trained on profitable farming practises 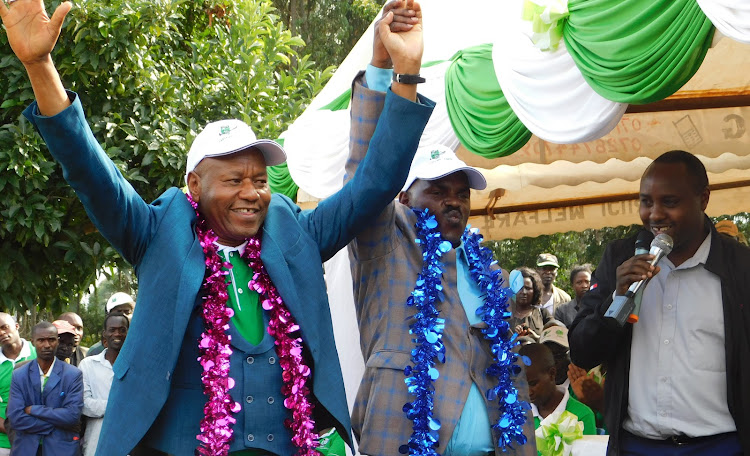 At least 4500 smallholder farmers in Meru County are to be trained on the growth of crops with a ready market aimed to fight poverty.

This after the local communities partnered with East Africa Sub-Saharan Africa Safe Promotions Foundation(EA-SSASPF) to facilitate funding to facilitate farmers training and best planting methods and crops, value addition and marketing of their produce.

Director Imenti Community Based Organization (ICOBO) health Foods director Kiambi Paul said there is an already available market in Hungary adding that farmers should no longer suffer after harvesting his produce.

Some of the crops include; stingingnetal, arrow roots, potatoes, sweet potatoes, pawpaw, yams, bananas, Muringa trees, pumpkins, and other fruits through an initiative dubbed Feed Nation for Healthy Citizens (FHNC).

The 4500 farmers, who convened in Central Imenti, Meru on Saturday had formed clusters of 15 people from every part of the region and registered with Sh250 each.

According to Kiambi, ICOBO has employed 15 people and directly sources their bananas for processing from 2, 000 contracted farmers, thus creating a ready market for the farmers.

EA-SSASPF CEO Julius Kithome on his part said they had secured an offshore loan, to benefit farmers from Kajiado, Makueni, Meru, Tharaka Nithi, Kitui, Machakos and others he, however, did not mention the amount.

Kithome said the project is a pipeline for wealth creation as he anticipated money to trickle to the common mwananchi as a strategy to suppress poverty.

“We are dedicated to serve humanity, empowering people by teaching them how to fish. We want to expand ICOBO to a multinational industry. Money is available. ICOBO will market your product,” Kithome said.

EA-SSASPF has constituted 650 with every region having at least 400 clusters formed per month.

Each cluster consists of 15 people complete with leadership headed by the chairperson, secretary, and treasurer who are answerable to the regional leadership.