Centum Investment profit up, to sell stake in drinks firms

The transactions are subject to regulatory approval

• Deal with Coca Cola Africa seen closing in next 4 months. 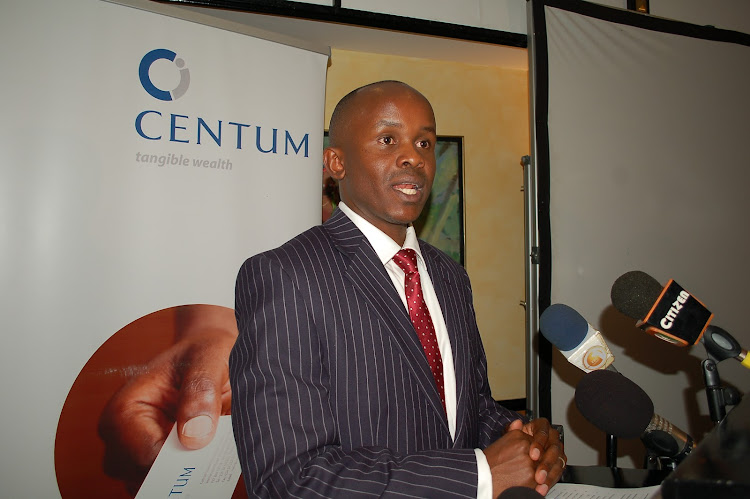 Kenya's Centum Investment expects to complete a sale of its stakes in two drinks firms in the next four months, chief executive officer James Mworia said on Wednesday, after the company reported a 41% rise in full-year pretax profit.

Centum, which invests in listed firms and private companies, said it had entered an agreement to sell its stakes in Almasi Beverages Limited and Nairobi Bottlers, with a total valuation of 19.5 billion shillings ($192.5 million), to Coca Cola Beverages Africa.

The transactions are subject to regulatory approval, it added.

"The proceeds from these transactions will be applied towards repaying our current U.S. dollar-denominated bank term loans of 7.5 billion shillings, which will result in finance cost savings of 700 million shillings," Centum said in a statement.

Centum also said it planned to invest an extra 10-15 billion shillings via its private equity arm in the next five years. The company said it would look to invest in sectors it was already familiar with.

"For us, it's eight sectors: financial services, consumer, agriculture, education, healthcare, IT, power and automotive sector," Fred Murimi, managing director at Centum Capital, told Reuters. "But we are also open at looking at other sectors as well."

Centum said its pretax profit for the year to the end of March rose to 4.44 billion shillings from 3.15 billion the year before.

Its net asset value per share, a key measure of performance for investment firms, rose to 79.1 shillings from 73.2 shillings the previous year.

Investment income fell to 3.2 billion shillings from 3.5 billion the year before, due to the sale of one of its businesses, GenAfrica Asset Managers, in the previous financial year.