• This means the borrower will have paid a total of Sh3.4 million within the period, double the principal amount. 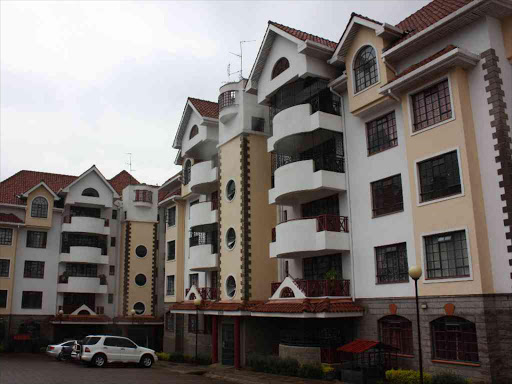 Only Kenyans earning a net salary Sh47, 000 per month will benefit from the World Bank’s €219 million (Sh25 billion) loan affordable housing in Kenya.

According to the project’s appraisal document on the proposed facility seen by the Star, the minimum monthly income is set at Sh47,143 for a credit facility to erect a housing unit worth Sh1.7 million.

A person earning this amount is expected to pay at least Sh18,857 per month for 15 years in order to settle the debt.

This means the borrower will have paid a total of Sh3.4 million within the period, double the principal amount.

The facility will also allow borrowers to repay the loan at between three and seven years. A person earning a minimum of Sh47,143 per month will be compelled to part with Sh51,184 per month to clear the facility in three years or Sh27,419 for seven years.

The fund, to be managed by the Kenya Mortgage Refinance Company, will charge borrowers an annual interest of 12.5 per cent.

A household survey by Ipsos in April last year indicated nearly half of Kenyan households earn less than Sh10,000 per month while two per cent have no income at all.

The loan requirement is also three times higher than Kenya’s average Gross Domestic Product per capita estimated at Sh181,632 per year or Sh15,136 per month.

The loan is expected to provide a silver lining for the government’s affordable housing project, which continues to get opposition from both employers and employees who are to dedicate 1.5 per cent of their monthly salary a housing levy.

Kenya has one of the highest construction costs in Africa due to the import of cement, steel and their associated levies.

The lengthy property registration process and constraints on sub-division increase the property cost and are a disincentive for formal financing: the cost of a property is on average 10 per cent higher when purchased by a mortgage loan than by cash.

According to the World Bank, the 2016 interest rate cap, coupled with an overall Non-Performing Loan (NPL) ratio of 12 per cent, led banks to tighten their credit standards and offer variable rate loans, locking out the middle to low-income would-be homeowners.

“Urban housing currently remains unaffordable for most Kenyans due to the cost of financing, the short loan tenures and the high cost of properties,” the lender said.

The court has temporarily suspended the implementation of the deduction of 1.5 per cent Housing Development Levy on workers' salaries pending the ...
News
3 years ago

Proposed 1.5 per cent mandatory levy on a worker’s gross salary, with Sh2,500 maximum
News
3 years ago
Post a comment
WATCH: The latest videos from the Star
by VICTOR AMADALA Business Writer
Living Spaces
11 May 2019 - 06:00
Read The E-Paper