More Kenyans at the mercy of auctioneers

Businesses and households are reeling from effects of Covid.

•The pandemic has pushed a lot of businesses off balance with massive job losses hitting households hard. 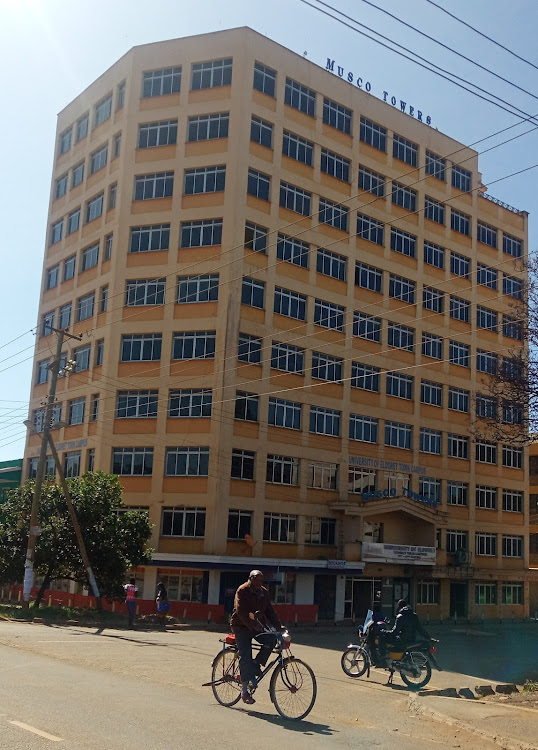 SET FOR THE HAMMER: The Musco Towers in Eldoret which had been fronted for auction/
Image: MATHEWS NDANYI

Auctioneers are having a field day in the country as businesses and households struggle to meet their financial obligation in the Covid-19 era, promoting recovery by creditors.

The pandemic has pushed a lot of businesses off balance with massive job losses hitting households hard, a move that has seen entrepreneurs loose their businesses with families letting go their homes for failed mortgage contracts.

Motor vehicle is another asset that is being auctioned at a high rate as banks go after defaulters.

This has hit mostly taxi drivers and individuals who sought cars on asset financing terms, but failed to meet the monthly installments due to low business or loss of income.

“I defaulted by one month, tried to explain to the bank to give me more time but they would not listed. The car was repossessed,” Kimani, a city taxi driver told the Star.

Second-hand car dealers with yards in Nairobi and other parts of the country are also facing the auctioneer's hammer as sales remain low amid a jump in prices of units, occasioned by a shortage in the wake of a rise in global demand.

“People have been auctioned. Fewer cars are available because of the Covid-19 Pandemic,”Robert Ndegwa of The Car Guy Kenya company, told the Star.

Financial Risk Analyst Mihr Thakar notes that before the pandemic struck, Kenya's economic structure had been changed for the worse.

There was heavy domestic borrowing, combined with an interest rate cap (which is still enforced by the Central Bank of Kenya) led to a collapse in private sector credit.

“This prevented risk taking behaviour and circulation of money in the economy, exacerbated by government receivables going stale. On the back of this, Covid-19 struck a blow to consumer demand as major areas of the economy became subdued,” Thakar explains.

The resultant joblessness as well as muted confidence led to a decrease in purchasing, hiring and investment decisions, he adds.

According to the Central Bank of Kenya (CBK), the ratio of gross Non-Performing Loans (NPLs) to gross loans stood at 14.2 per cent in April this year, compared to 14.5 per cent in February.

“Repayments and recoveries were noted in the transport and communication, real estate, tourism, restaurants and hotels and agriculture sectors,” CBK governor Patrick Njoroge said during the Monetary Policy Committee meeting, on May 26.

Real estate consultancy firm–Knight Frank notes banks have reported increased mortgage defaults; a representation of the economic hardship being experienced in the country.

As a number of firms struggle and move into losses, there has also been high levels of unpaid leave and job cuts, with unemployment at 42 per cent in June 2020, up from 35 per cent in March 2020 (KNBS data).

“With no furlough scheme, lenders will likely be more cautious with their approach to new loans and be more diligent in their review and approval processes,” Knight Frank notes in its Kenya Buyer Survey 2020.

Such a situation is best conquered with tax cuts and policy stability, given the room for government development expenditure is now highly limited, says Thakar.