The firm is keen to extend its Kenyan operations beyond 2024.

•On Tuesday, Mining, Blue Economy and Maritime Affairs CS Salim Mvurya said the government is planning to lift the ban put in place in 2019.

•The freeze was to allow for a survey on Kenya’s mineral deposits. 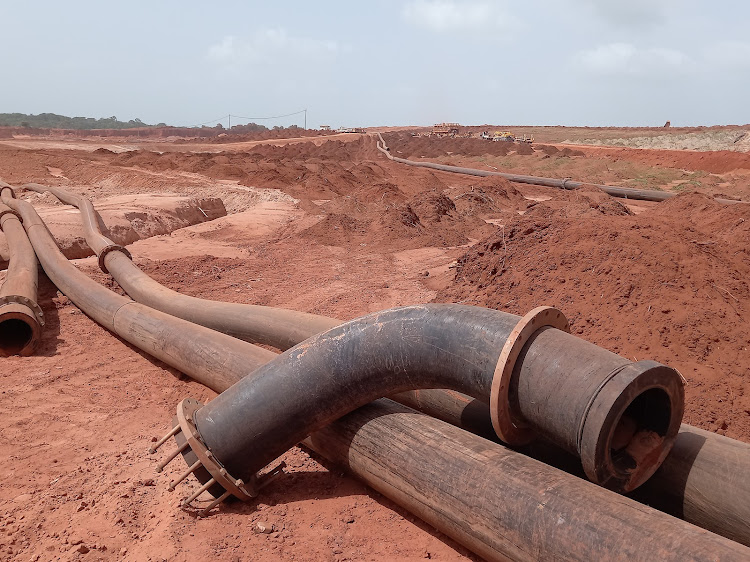 A mining site at Base Titanium's Kwale operations/

Base Titanium is angling itself for prospecting activities as it seeks to expand its operations in Kenya, with the expected lifting of the ban on issuance of licenses by government.

On Tuesday, Mining, Blue Economy and Maritime Affairs Cabinet Secretary Salim Mvurya said the government is planning to lift the ban put in place in 2019, to allow a survey on Kenya’s mineral deposits.

The ministry, he said is also putting in place an online cadaster before it begins issuing licenses.

“We are working on our online cadaster so that all applications for licenses can be done online, and in the next 60 days, we should be able to launch it,” Mvurya said during a media briefing in Nairobi.

This will end the more than three years of waiting by mining companies and potential investors who have been keen in investing in the country’s mining industry.

The Australian mining company which commenced mining titanium ores in the country in 2013, with the first shipment in February 2014, is keen to further expand its operations having applied for three prospecting licenses.

It’s last prospecting licence was on an area covering 136 square kilometres in Vanga area, towards the Kenya-Tanzania border of Lunga Lunga, which was approved by the Mineral Rights Board and issued in December 2018.

It current mine-life ends in 2024, which is pegged on a 'deed of variation' from the former Ministry of Petroleum and Mining, which cleared the company to extend its Special Mining Lease boundary at the current site.

Last year, it reduced its expenditure on exploration activities spending Sh12.4 million in the quarter-ended September, down Sh24.8 million the preceding quarter.

General manager external affairs, Simon Wall, yesterday said the firm is encouraged by the efforts the government is taking to see the moratorium lifted.

"We look forward to working with the government to see our outstanding prospecting license applications granted so we can continue to contribute to the development of Kenya's mining sector, "Wall told the Star on telephone.

Kwale operations generated earnings of $279.1 million (Sh34.6 billion) in the 2022 financial year and accounts for 65 per cent of Kenya’s total mineral output value.

The mining company is the largest exporter in tonnage through the Port of Mombasa.

Total payments to government and other national entities since the Kwale operation commenced total over $252 million (Sh 31.3 billion).

Base Titanium pegs hope on new government in expansion bid

It is seeking prospecting licenses for Kwale and Lamu region.
Business
1 month ago
Post a comment
WATCH: The latest videos from the Star
by MARTIN MWITA Business Writer
Kenya
20 January 2023 - 04:00
Read The E-Paper