Eyes stocks in the deep sea.

•According to government,  Kenya’s Exclusive Economic Zone (EEZ) has an annual potential of 350,000 metric tonnes, capable of generating Sh90 billion.

•However, the country is only getting a paltry 9,134 metric tonnes worth about Sh2.4 billion. 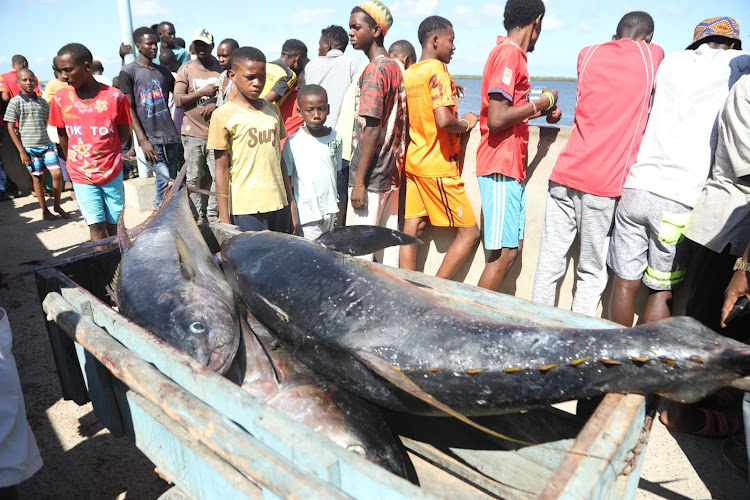 Kenya is tapping fishing technology from Iceland to improve earnings from the sector with artisanal fishermen at the centre of the corporation.

The Mining, Blue Economy and Maritime Affairs ministry is working closely with Kaldara Group from Iceland in developing modern cold storage and fish processing facilities for value addition, in counties with fishing activities.

Kaldara is an Icelandic multinational parenting company that operates in Iceland, Africa and India.

Iceland is the twelfth largest fishing nation in the world, exporting nearly all its catch.

According to Mining, Blue Economy and Maritime Affairs CS Salim Mvuria, investing in artisanal fishing will help small players tap larger stocks in the deep sea, growing their catch which will intern increase earnings and revenues from the blue economy.

The partnership will include introduction and facilitation of modern fishing gear and boats, which will allow venturing into the deep sea.

According to government,  Kenya’s Exclusive Economic Zone (EEZ) has an annual potential of 350,000 metric tonnes, capable of generating Sh90 billion.

However, the country is only getting a paltry 9,134 metric tonnes worth about Sh2.4 billion.

“The potential in the Indian Ocean is beyond what we are doing now. Currently, the country is catching a paltry eight per cent of the potential fish stocks. We want to change this,” Mvuria said during a briefing in Nairobi.

He spoke after holding talks with Kaldara Group officials led by G Thor Thormodsson, the founder of Saeplast which is a world leader in fish tubs, and  governors from Counties along the Indian Ociean counties among them

Kenyan artisanal fishermen experience post-harvest losses of up to 30 per cent, Thormodsson said.

Just a simple action of cooling and storage in insulated boxes, these losses can be eliminated, creating more revenues for the fishermen.

Fish stocks in Kenya’s deep sea are huge and remain unexploited,” he noted.

To improve access to credit for fishermen, the ministry is keen to have Beach Management Units (MBUs) form corporatives.

“This will help them mobilise resources and run the industry to their ful capacity,” Mvuria said.

Meanwhile, the ministry is keen to have the Sh1.8 billion Liwatoni project in Mombasa become a full landing, selling, processing and value addition facility for the fishing industry.

Statistics show fishermen along the Coast have been landing about 24,580 metric tonnes of fish
Counties
1 week ago

They say it is a major source of revenue and employment. Ban in force for over five years.
Counties
2 weeks ago
Post a comment
WATCH: The latest videos from the Star
by MARTIN MWITA Business Writer
Kenya
19 January 2023 - 13:30
Read The E-Paper