To be completed by the year 2025, increasing current capacity five-fold.

•ADC will be looking to tap onto the increasing number of firms that have announced plans to venture into the country. 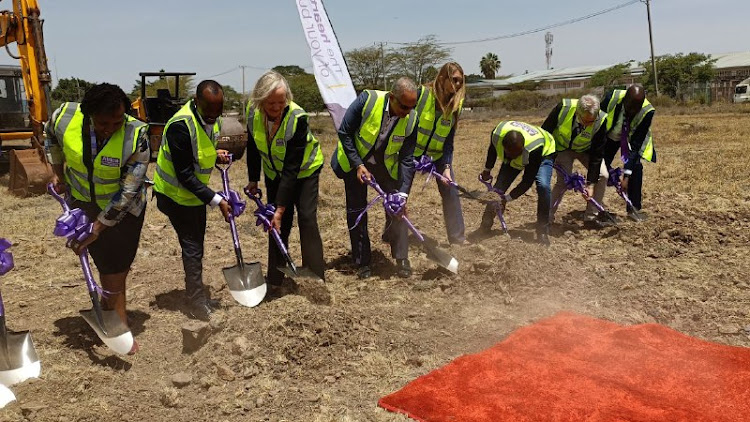 The new facility will initially cost Sh2 billion but the figure is projected to rise.
Image: JACKTONE LAWI

Africa Data Centres has broken ground for its new Sh2 billion Sameer facility in Nairobi that will grow its facility by up to 15 megawatts (MW) of IT load.

According to ADC The new centre will begin with 5MW of IT load and it be built on the company’s modular design, including all critical plant rooms, prefabricated off-site to ensure the highest possible quality.

The new facility will enable customers to benefit from fast access to the cloud and managed services within the diverse ecosystem and increased external network options.

ADC will be looking to tap onto the increasing number of firms that have announced plans to venture into the country.

Our data centres will be build designed and operated in a way that exploits cutting edge technology and using renewable energy.

Kwach added that the new facility will initially cost Sh2 billion but the figure is projected to rise.

“To build a megawatt you need between 10-12 million dollars so that means the figure will go higher,” Kwach said on the sidelines of the ground breaking

According to Middle East and Africa Data Center Colocation Market - Industry Outlook & Forecast 2022-2027 significant factors that are acting as a factor for the growth of the data center colocation market include increased digitalization initiatives across several countries, cloud service providers collocating the data centers, growth in connectivity, and others.

Growth in colocation centres to lower cost of data – iColo

There has been an increasing number of cables landing on the Kenyan Coast.
Business
1 month ago

dx100 Symposium & Awards is regarded as the Oscars of the tech world.
News
2 months ago
Post a comment
WATCH: The latest videos from the Star
by JACKTONE LAWI
Kenya
19 January 2023 - 15:30
Read The E-Paper