To be ready for investors by December next year.

•It is currently putting in place infrastructure to support investments.

•Kenya is also keen to attract investors to other Special Economic Zones in Lamu, Naivasha and Kenani Leather Park in Athi River.

The Kenyan government is rolling-out key initiatives and supporting infrastructure at the Dongo Kundu Special Economic Zone to make it ready for investors by end of next year. https://bit.ly/3GLTB66 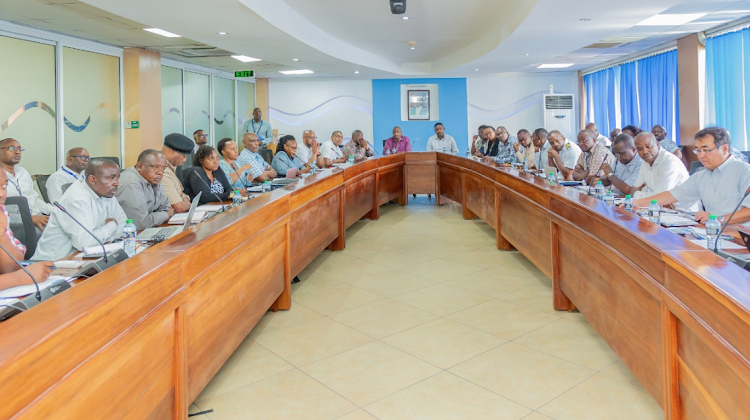 The Kenyan government is rolling-out key initiatives and supporting infrastructure at the Dongo Kundu Special Economic Zone to make it ready for investors by end of next year.

Investments, Trade and Industry CS Moses Kuria on Monday said the government is fast-tracking the 3,000 acre flagship project in Mombasa.

Among government’s undertaking includes implementation of the resettlement Action plan for project affected persons, demarcation and titling of land for lease to investors, completion of Dongo Kundu bypass and construction of berths along the SEZ area, to under Kenya Ports Authority (KPA).

It is also constructing a port access road, completion of SEZ administration building (one-stop-shop) and construction of an Industrial Standard Supply Utility Network for power, water, sewerage and telecommunication.

“In parallel, the state department for investment promotion under my ministry will be rolling out local, regional and international promotions to attract and facilitate early investor entry to the Dongo Kundu SEZ,” CS Kuria said.

He spoke in Mombasa where he held a meeting with the county leadership, and chaired a technical coordination committee meeting at the KPA headquarters, comprising project partners and stakeholders.

“We discussed the Dongo Kundu Special Economic Zone and the need to fast track development through partnerships with investors locally and internationally through Kenya Development Corporation, the County Government of Mombasa and the Kenya Ports AuthoritY,” the CS said.

Last Month, Kuria who was in the UAE and Saudi Arabia talked investors into tapping SEZs in Kenya, among them the Dongo Kundu project.

During the working tour, the CS met a team from Abu Dhabi Ports World led by CEO for Africa, Mohammed Almemhali, with talks focusing on trade between Kenya and the UAE.

Dongo Kundu project will be complete in 2 years, says Ruto

He has already issued instructions to relevant ministries, developers to keep timelines.
News
2 months ago
Post a comment
WATCH: The latest videos from the Star
by MARTIN MWITA Business Writer
Kenya
16 January 2023 - 16:25
Read The E-Paper