75% of polled traders expect the business environment to be calm over the12 months.

• Airduka estimates that 20per cent of small scale sellers expect growth starting this January and possibly last throughout the year.

•However, 30per cent of sellers were hopeful that the national government would intervene and cushion them against inflation. 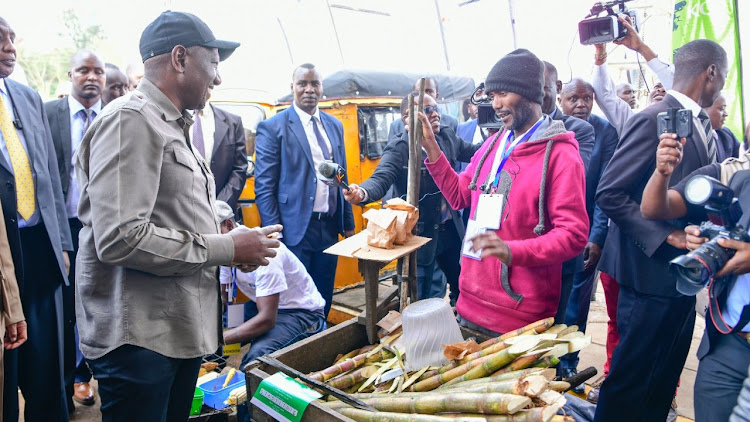 Many businesses are projecting their revenues to remain steady this year with growth expected in the second half.

In a recent study by online marketplace Airduka 60 per cent of sellers said they expect their revenues to remain flat as businesses continue shaking off the pandemic effects.

A further 75per cent of the polled traders expect the business environment to be calm over the next twelve months now that risks associated with threats such as COVID-19 and the general elections have settled.

Airduka CEO Abdul Varvany noted that despite the projections, 70per cent of small-scale sellers said they were still worried about the impact of inflation on their businesses.

“Those we spoke to said they were facing a lot of uncertainty regarding the cost of doing business. Most sellers said they were already paying so much in taxes and licenses and could not afford to pay for more if asked to,” Varvany said.

The survey that sampled sellers of different products and services, 20per cent said they expect revenues to drop in the first half, but recover and increase in the second half. The rest remained uncertain.

The growing optimism coming at a time that World Bank is projecting expansion in Kenya’s economic activity to slip below five percent.

This as a result of the prolonged dry weather, persistent inflationary pressure and rising borrowing costs, signalling a gloomy employment outlook.

Airduka estimates that 20per cent of small scale sellers expect growth starting this January and possibly last throughout the year.

However, 15per cent of respondents said they were uncertain.

According, to experts the move by Central Bank of Kenya to increase its base lending rate to tame the elevated inflation, makes borrowing more expensive, and this is expected to reduce spending by businesses and families.

This will in turn check the investment that Kenyan businesses inject in their operations.

“The good thing is that small-scale sellers are confident about the business environment and are ready to invest into their businesses this year,” added Varvany.

Going forward the survey showed that favourable weather conditions and rising demand for goods and services across the economy will be the key drivers in spurring growth.

“Even though the rate of inflation seems to have been softening over the three months, sellers are still worried that they could see a repeat of last year. The cost of fuel and food seems to be amongst their highest worries.”

Inflation in the month of December eased from 9.5 percent to 9.1 percent.

However, 30per cent of sellers were hopeful that the national government would intervene and cushion them against inflation.

Other challenges that small-scale sellers listed as anticipated challenges included the ongoing Russia-Ukraine war that heavily impacted the Kenyan economy in 2022.

The surveyed sellers said they were looking up to the national and county governments to provide a conducive environment to do their work.

Most, at 70per cent, urged the government not to add new taxes, as they were already struggling with inflationary pressures.

In Kenya, the programme is implemented by E4Impact Accelerator.
Business
3 weeks ago

Kenya keen to increase trade and investments.
Business
1 month ago

Remittances to Africa have steadily grown.
Business
1 month ago
Post a comment
WATCH: The latest videos from the Star
by JACKTONE LAWI
Kenya
16 January 2023 - 04:00
Read The E-Paper