Challenges of productivity and equity are stalling the transition 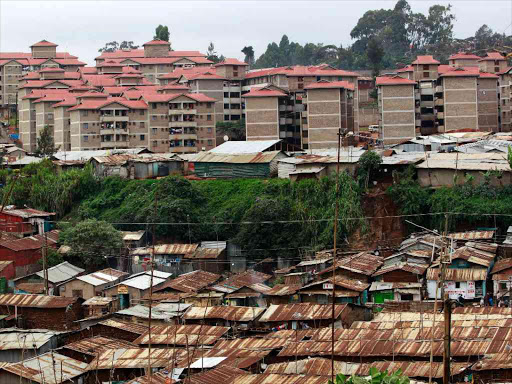 The rising inequality is holding Kenya's ambitions of becoming an upper-middle-income country, World Bank has said.

In a report dubbed, 'tackling inequality key to Kenya's transition to upper-middle-income status', the global lender says although the country has had a robust economic growth in the past two decades, challenges of productivity and equity are stalling the transition.

It would be joining the likes of South Africa, Libya, Namibia, Botswana and Gabon, African nations in the upper-middle-income status.

With the current status, the country is missing out on various opportunities  for instance, the opportunity to attract global lenders at lower interest rates with less restrictions.

The country could also experience reduced crime and poverty rates, and enjoy improved health and education services if it makes to the upper class.

However, the lender notes that the path towards attainment of the status is stagnating on the back of inequalities in economic prospects.

“It is with clear evidence that inequality slows long-term growth and when persistent, constrains worse-off segment of the population to lower welfare and productivity, which in turn limits their contribution to economic development,” World Bank says.

The lender further notes that inequality perpetuates itself across generations by reducing the impact of poverty reduction measures.

In recent years, the country’s growth has been driven by public investment and private consumption, according to the lender, with national savings and private investment falling behind.

“Consequently, the country has not yet achieved the productivity levels that helped other middle-income countries maintain a steady rise in incomes,” the lender adds.

It therefore notes that addressing inequality early and swiftly will increase the country’s chances of sustained and broadly shared growth.

A positive growth stimulus could significantly reduce poverty, but if supplemented by targeted social protection programmes, it will flatten inequality over time.

To raise the national productivity, the lender says the country will need to re-energise private investment by shifting the balance between public and private sectors.

This will in turn improve the business climate and level the playing fields between large and small firms, male and female-owned businesses and between enterprises in the capital and those in the counties.

It will also require the strengthening of institutions mandated to secure the benefits for free trade and fair competition, the lender says in part.

The country should also complement its progress in delivering good social services.

This by focusing on improving outcomes for groups and regions that continue to lag in areas such as universal access to basic services like electricity, water, sanitation, transport and digital broadband.

“These should go hand-in-hand with stimulating job creation by the private sector, that will in turn translate this improved welfare into productive and well remunerated economic activity,” World Bank says.

It adds that the country needs also to strengthen its resilience to economic and climate shocks to prevent against repeated economic shocks that could trap households in cycles of vulnerability and slow the country’s ascent into upper-middle-income status.

It expects the world economy to grow by just 1.7 per cent this year - a sharp decrease from the three per cent it predicted in June.
Business
2 weeks ago

Trails East African peers of Tanzania and Uganda.
Business
2 weeks ago
Post a comment
WATCH: The latest videos from the Star
by ALFRED ONYANGO
Kenya
16 January 2023 - 21:00
Read The E-Paper