By placing a base price, teas that do not attract this $2.43 are left unsold which raises the quantity of unsold stocks. 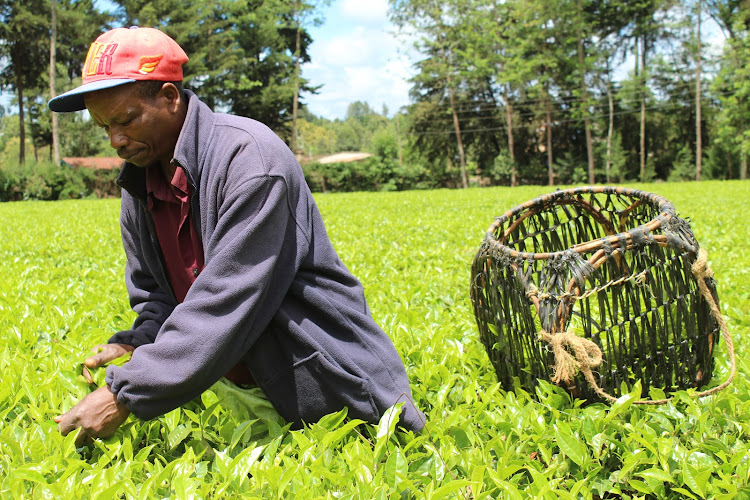 The Kenya Tea Development Agency (KTDA) tea reforms are causing more harm than good as shown by the recent results.

KTDA-managed factories processed 53 per cent of the national crop last year which is a new low because farmers are diverting their crop to independent factories and multinationals as alluded to by Williamsons Ltd in their recent article.

One of the main issues that have faced small-scale tea farmers is the low prices for their tea leaves. This is due to several factors, mainly overproduction in the world market, lack of bargaining power, and low levels of value-addition.

A possible solution that was bulldozed through the so-called tea reforms of 2020 via an executive order was the introduction of a fixed minimum reserve price of $2.43 for a kilo of made tea for KTDA-managed factories.

Producers through their brokers have always had a reserve price for their teas, but it is not this fixed minimum price as it follows the quality of the tea and prevailing market prices.

KTDA’s leadership has stated that this $2.43 minimum price has been a boon for farmers but what the CEO Wilson Muthaura conveniently forgot to mention is that this artificial price has had unintended consequences.

All teas are not of the same quality to attract this $2.43 base price, and therefore some teas will be sold below above and some below this price.

By placing a base price, teas that do not attract this $2.43 are left unsold which raises the number of unsold stocks.

Buyers are now getting alternative teas from other markets and factories, at the expense of KTDA farmers.

Available information is that tea prices have improved across the world and closer home, Tanzanian tea prices have risen by 23.5 per cent, the highest at the Mombasa auction over the last year, also benefiting from the same unintended consequences of the minimum price.

It is quite telling that it’s only KTDA teas that have a fixed minimum price for all teas sold in auctions across the world.

Camellia Plc, one of KTDA’s competitors, is honest with this reality. The farm which has tea plantations in Kenya stated in its latest report that “We see some risk of downward price pressure for the remainder of the year due to high stocks of unsold teas in the market and lower prices in the last couple of auctions support that concern.”

Additionally, Muthaura stated that the tea reforms, which are now under a barrage of court cases, resulted in KTDA registering a 3.5 per cent increase in revenues to Sh23.76 billion from Sh22.96 billion in the previous financial year.

What he conveniently did not mention is that KTDA’s latest annual report states that the depreciation of the Kenyan Shilling against the dollar from Sh108.74 to Sh113, a four per cent weakening, was a boost to farmers and was a major contributor to the growth in revenues.

In addition, thorough scrutiny of the accounts shows that the group and company’s comprehensive income, the real reflection of how the group performed, declined from Sh1.094 to 1.072 billion and from 635 million to 453 million respectively; driven in part by a 50 per cent rise in directors emoluments from Sh86.6 million in 2021 (58.8 million in 2020) to 129.1 million in 2022.

Globally tea prices have also been on the rise and this cannot be solely attributed to the controversial reforms.

The list of other issues affecting tea farmers is not exhaustive however the tea reforms as they stand do not address these underlying issues, and as such, it is unlikely that they will lead to significant improvements for small-scale farmers.

The tea reforms have the potential to bring benefits to the more than 640,000 small-scale farmers, but only if they address the root causes of the challenges that we as farmers face.

These include the minimum reserve price.
Business
3 weeks ago

Buyers are now getting alternative teas from other markets and factories, at the expense of KTDA farmers.
Business
2 weeks ago

Farmers are getting better returns and early payments and have a big voice in electing their leaders.
Opinion
3 weeks ago
Post a comment
WATCH: The latest videos from the Star
by BY MUREITHI GITAU
Kenya
14 January 2023 - 07:04
Read The E-Paper