•This comes amid an expected sharp drop in global growth to 1.7 per cent in 2023—the third weakest pace of growth in nearly three decades. 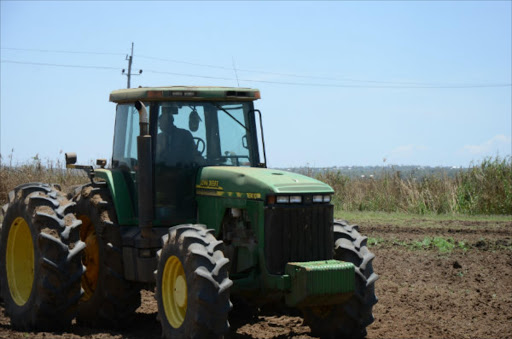 a tractor ploughing the land in preparation for the rice planting season at Dominion Farms in Siaya county on February 28.

Kenya’s economy is projected to grow by an average five per cent (5%) this year, World Bank now says, as global and domestic shocks continue to impact on economies.

It is expected to pick to 5.3 per cent next year even as the country lags behind its East African peers of Tanzania and Uganda, which have stronger forecasts.

The latest projections, captured in the World Bank January 2023-Global Economic Prospects Report, is a downward revision from an earlier stronger forecast of 5.2 per cent for Kenya this year.

This comes amid an expected sharp drop in global growth to 1.7 per cent in 2023—the third weakest pace of growth in nearly three decades, overshadowed only by the global recessions caused by the pandemic in 2020 and the global financial crisis in 2009.

Global inflation has been more persistent than previously assumed, and high core inflation suggests that inflation may remain above pre-pandemic averages in many countries for an extended period.

To rein in high inflation and bolster credibility, major central banks have tightened policy at the fastest pace in more than 40 years.

The Central Bank of Kenya last year raised the base lending rate twice, from 7.5 per cent in July to 8.25 per cent in September, and then 8.75 per cent in November.

With inflation is running high, they can raise interest rates and use that to pump the brakes on the economy in an effort to get inflation under control.

The United States, the euro area, and China are all undergoing a period of pronounced weakness, and the resulting spillovers are exacerbating the headwinds faced by Emerging Markets and Developing Economies (EMDEs.)

A deeper-than-anticipated slowdown of the global economy could cause sharp declines in global commodity prices dampening growth in Sub-Saharan Africa, mainly exporters of oil and industrial metals.

"Government debt distress would have large adverse spillovers on growth and financial stability in many countries, especially where banks are heavily exposed to sovereign debt (Ghana,Kenya, Sierra Leone),”World Bank reports reads in part.

Inflation has remained above the preferred 7.5 per cent since June last year hitting a five-year high of 9.6 per cent in October before easing to 9.5 and 9.1 in November and December, respectively.

“The rise in inflation was largely due to increase in prices of commodities under food and non-alcoholic beverages (13.8%), transport (13.0%) and housing, water, electricity, gas and other fuels (6.2%) between December 2021 and December 2022,” Kenya National Bureau of Statistics said.

Compared to the June forecast, growth was revised down for almost 60 percent of countries, including downward revisions for over 70 percent of metal exporters which are expected to be affected by the further easing of global metal prices, World Bank says.

Weakness in growth and business investment will compound the already-devastating reversals in education, health, poverty, and infrastructure and the increasing demands from climate change, Malpass added.

Kenyan economy projected to grow by 6.1%

KCB projects inflation to ease to 6.7%