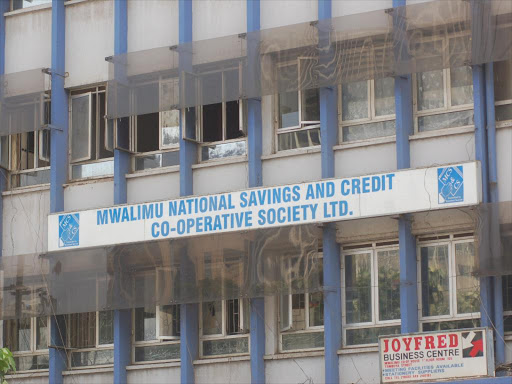 Kenya's largest Sacco by asset value, Mwalimu Sacco has unveiled an a mortgage plan that will see members access up to Sh8 million at nine per cent interest.

The plan will assist members acquire ready houses built under the President William Ruto's affordable housing project and repay for up to 308 months.

Speaking during the launch in partnership with the Kenya Mortgage Refinancing Company, Co-operatives and Micro, Small and Medium Enterprises (MSME) Development Cabinet Simon Chelugui hailed the plan, calling on other financial institutions to join the bandwagon.

"The Kenya Kwanza government is impressed by the effort by the private sector in ensuring that the affordable housing plan is realisable. The government will offer necessary support,'' He said.

His sentiments were echoed by the Housing Principal Secretary Charles Hinga who called on all stakeholders to pull resources to better lives of citizens.

During the launch, the institution also unveiled an asset financing loan facility alongside an insurance premium financing to pay for insurance covers.

This seeks to enable its members acquire personal assets.

“The Sacco will become a one stop shop where members will be able to acquire affordable housing mortgage loan products, buy personal assets, commercial businesses and get insurance premium financing at a competitive pricing,” he said.

“It is an ingredient that will enable them own a home and acquire assets at the lowest interest rate in the market.”

He further added that the plan will enable the members get an increased pace for growth and expansion.

According to the Sacco’s CEO Kenneth Odhiambo, the three newly unveiled products will go a long way in changing the lives of the Sacco members by enabling them acquire the facilities at competitive rates.

"The housing mortgage loan facility for instance, is at a competitive single digit pricing from a minimum loan amount of Sh500,000 to a maximum of Sh8 million to own a home across the country,” Odhiambo said.

He further reiterates that the plan will be a game changer in the market since it will be offering the members an opportunity to own any asset like commercial vehicles, personal cars, machinery and equipment at competitive pricing.

Developers out to reap from Ruto's affordable housing plan

The government is keen on having more Kenyans own homes.
Business
3 weeks ago

They grew to Sh44.28 billion compared to Sh41.4 billion in the previous year.
Business
10 months ago
Post a comment
WATCH: The latest videos from the Star
by ALFRED ONYANGO
Kenya
12 January 2023 - 21:00
Read The E-Paper