Publishers are increasingly investing in subscription and membership in 2023,

•The biggest concerns relate to rising costs, lower interest from advertisers, and the softening in subscriptions.

•Less than 44 percent of the sampled of editors, CEOs, and digital leaders say they are confident about the year ahead. 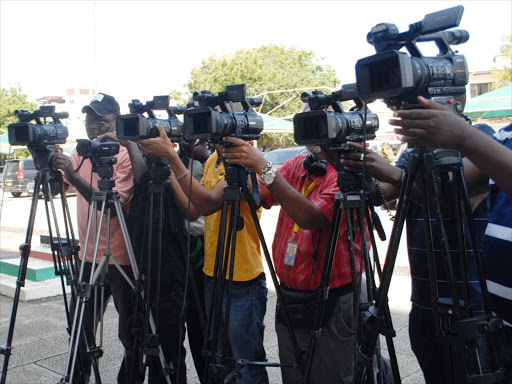 The media industry is among the sectors worst hit with the changing business models with more newspapers expected to stop daily print production this year.

The latest report by Oxford university and Reuters Institute for the Study of Journalism blames this on rising print costs and weakening of distribution networks.

"The biggest concerns relate to rising costs, lower interest from advertisers, and the softening in subscriptions,'' the report says.

The 2023 study shows that even those polled who expressed optimism expect to see layoffs and other cost-cutting measures by media organisations in the next year.

From the report TV and broadcast news will be at the forefront of journalistic layoffs as audiences are hit by news fatigue and competition from streamers.

More TV broadcasters will talk openly about a time when linear transmissions might be turned off.

In the report titled Journalism, Media, and Technology Trends and Predictions 2023, the prevailing mood in the news industry is one of uncertainty and some concern about what the next year might have in store.

“Elsewhere we can expect extensive layoffs as well as a spate of mergers, acquisitions, and partnerships as industry tries to cut costs and bundle value in new ways,” the report reads in part.

However, Industry consolidation sometimes creates more problems than it solves, but at its most effective.

“We will find companies looking to run portfolios of distinctive and complementary brands with a greater focus on specific audience needs and segments,”

To diversify revenue streams the study pointed that more publishers are investing in subscription and membership in 2023, with 80 percent of those surveyed saying this will be one of their most important revenue priorities, ahead of both display and native advertising.

Despite the squeeze on consumer spending, over 68 percent still expect some growth in subscription and other paid content as income this year.

The survey further revealed that compared to last year publishers are much less confident about their business prospects.

Less than 44 percent of the sampled of editors, CEOs, and digital leaders say they are confident about the year ahead, with around 19 percent expressing low confidence.

“The economic indicators do not look good, issues such as news avoidance and news fatigue are widespread at the same time as some social platforms seem to be imploding or turning away from news, and emerging platforms seem largely uninterested in it – making it even harder to attract new customers,”

Why reporting on Iran comes at a heavy price

BBC journalists are not allowed to work in Iran, so they rely on social media to find out and verify what is happening.
News
2 weeks ago

Kasavuli passed away on December 29, after battling with cancer.
News
2 weeks ago

Meta said it had been "Sama's decision" and Sama blamed the "economic climate".
News
2 weeks ago
Post a comment
WATCH: The latest videos from the Star
by JACKTONE LAWI
Kenya
12 January 2023 - 17:48
Read The E-Paper