•This would mark the first time in more than 80 years that two global recessions have occurred within the same decade.

•Over the next two years, per-capita income growth in emerging market and developing economies is projected to average 2.8%. 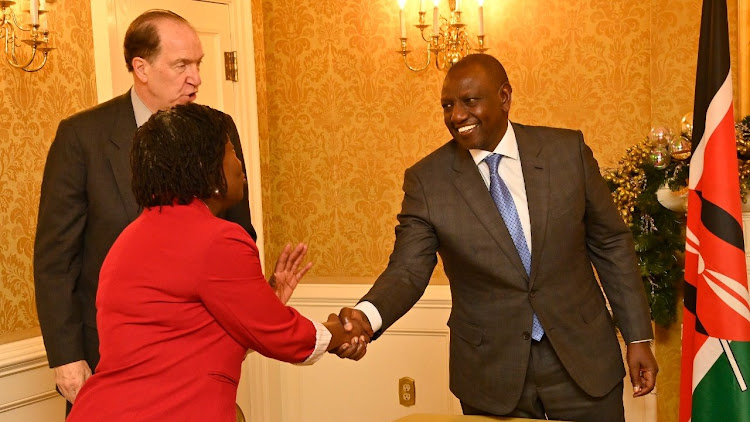 Global growth is slowing sharply in the face of elevated inflation, higher interestrates, reduced investment, and disruptions caused by Russia’s invasion of Ukraine, according to the World Bank’slatest Global Economic Prospects report.

Given fragile economic conditions, any new adverse development—such as higher-than-expected inflation, abrupt rises in interest rates to contain it, a resurgence of the Covid-19 pandemic, or escalating geopoliticaltensions—could push the global economy into recession.

This would mark the first time in more than 80 years that two global recessions have occurred within the same decade.

The sharp downturn in growth is expected to be widespread, with forecasts in 2023 revised down for 95 per cent of advanced economies and nearly 70 per cent of emerging market and developing economies.

Over the next two years, per-capita income growth in emerging market and developing economies is projected to average 2.8%—a full percentage point lower than the 2010-2019 average.

In Sub-Saharan Africa—which accounts for about 60 per cent of the world’s extreme poor—growth in per capita income over 2023-24 is expected to average just 1.2%, a rate that could cause poverty rates to rise, not fall.

According to Malpass, emerging and developing countries are facing a multi-year period of slow growth driven by heavy debt burdens and weak investment as global capital is absorbed by advanced economies faced with extremely high government debt levels and rising interest rates.

"Weakness in growth and business investment will compound the already-devastating reversals in education, health, poverty, and infrastructure and the increasing demands from climate change,” he said in a statement on Wednesday.

Over the past two decades, slowdowns of this scale have foreshadowed a global recession.

In the United States, growth is forecast to fall to 0.5 per cent in 2023—1.9 percentage points below previous forecasts and the weakest performance outside of official recessions since 1970.

In 2023, euro-area growth is expected at zero percent—a downward revision of 1.9percentage points.

In China, growth is projected at 4.3 per cent in 2023—0.9 percentage point below previous forecasts.

Excluding China, growth in emerging market and developing economies is expected to decelerate from 3.8 per cent in 2022 to 2.7 per cent in 2023, reflecting significantly weaker external demand compounded by high inflation, currency depreciation, tighter financing conditions, and other domestic headwinds.

By the end of 2024, GDP levels in emerging and developing economies will be roughly six per cent below levels expected before the pandemic.

Although global inflation is expected to moderate, it will remain above pre-pandemic levels, World Bank says.

The report offers the first comprehensive assessment of the medium-term outlook for investment growth in emerging market and developing economies.

Over the 2022-2024 period, gross investment in these economies is likely to grow by about 3.5 per cent on average—less than half the rate that prevailed in the previous two decades.

The report lays out a menu of options for policy makers to accelerate investment growth.

According to Kose, national policies to boost investment growth need to be tailored to country circumstances but they should start with establishing sound fiscal and monetary policy frameworks and undertaking comprehensive reforms in the investment climate.

The report also sheds light on the dilemma of 37 small states—countries with a population of 1.5 million or less.

These states suffered a sharper Covid-19 recession and a much weaker rebound than other economies, partly because of prolonged disruptions to tourism.

In 2020, economic output in small states fell by more than 11 per cent —seven times the decline in other emerging and developing economies.

The report finds that small states often experience disaster-related losses that average roughly five per cent of GDP per year.

The report calls upon the global community to assist small states by maintaining the flow of official assistance to support climate-change adaptation and help restore debt sustainability.

Kenyan economy projected to grow by 6.1%

Africa must borrow to finance development programmes, but countries must do this responsibly.
Opinion
3 weeks ago

Its relations with the US remain one of the most critical foreign relations issues for the world.
Opinion
3 weeks ago
Post a comment
WATCH: The latest videos from the Star
by MARTIN MWITA Business Writer
Kenya
11 January 2023 - 13:30
Read The E-Paper