As at July last year there were about 700,000 private security guards in Kenya

•Private Security Regulatory Authority Director General, Fazul Mahamed noted that only 183 firms were authorised to operate in the country.

•The government has been trying to regulate the sector even setting a minimum wage for guards at Sh27,000 a month. 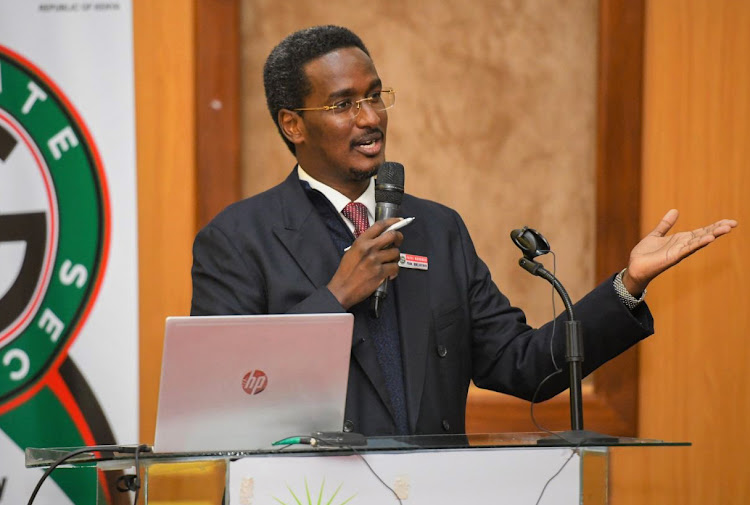 Over 1800 security firms operating in Kenya have been locked out in a new registration exercise that will likely render hundreds of thousands jobless.

In a gazette notice, Private Security Regulatory Authority Director General, Fazul Mahamed noted that only 183 firms were authorised to operate in the country.

As at July last year there were about 700,000 private security guards in close to 2,000 companies across the country.

According to players in the sector, this will come as a huge blow to job seekers as the move will likely worsen the situation.

The government has been trying to regulate the sector even setting a minimum wage for guards at Sh27,000 a month.

According to the notice issued, it will be illegal for any private security provider to run a firm if not registered and issued with a 5-year license.

In addition to that, it has illegalized the hiring, employment and services of unlicensed private security firms.

Through the notice, the Private Security Regulatory Authority reiterated that only the 5-year license would be used as proof that a company is registered even as the company owners were cautioned against defying the notice.

However, affected firms have vowed that they will not go down without a fight.

Protective Security Industry Association (PSIA) chairman, Cosmas Mutava, explained that many employees who relied on the deregistered security firms would lose jobs even as the Authority cautioned customers against seeking services from the companies.

Mutava argues that this is misplaced because some of these security firms have been operating for several years.

“We have sought audience with the Authority and we have not been granted the opportunity," he stated adding that “going to court will also be an option.”

He faulted the move saying that the Authority has no board.

The former Cabinet Secretary for Interior Fred Matiang’i in early 2022 had said measures would be taken to streamline private security providers.

The roll-out of vetting and licensing targeting private security providers in the country was started in 2019 after the Ministry of Interior and National Coordination said all the private security firms will be subjected to vetting and clearance pursuant to the Private Security Regulations Act 2016.

Politics or perks? Tough 30 days for Uhuru to decide future

The former head of state will enjoy hefty benefits if he quits politics.
News
4 weeks ago

He said the officers are disciplined enough to man the various premises
News
1 month ago
Post a comment
WATCH: The latest videos from the Star
by JACKTONE LAWI
Kenya
10 January 2023 - 17:30
Read The E-Paper