He had served only six months at the board 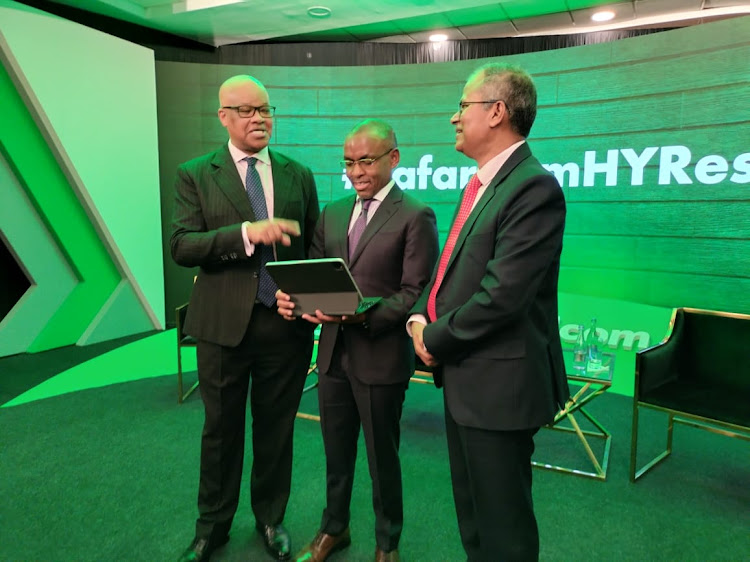 The price of Kenya's leading telco, Safaricom Plc at the Nairobi Securities Exchange (NSE) dropped by Sh0.40 on Friday morning, perhaps a reaction to the sudden resignation of the firm's chairman.

The counter, which moves close to 50 per cent of total trading at the Nairobi bourse opened the day at Sh23.50, 1.67 per cent less compared to the previous day.

Although the exact reason for the drop was not immediately ascertained, pundits believe that it is investors' reaction to the sudden change in the telco's board following the resignation of John Ngumi as the chairperson, barely six months at the helm.

On Wednesday, the company revealed that indeed Ngumi resigned both as a director and chairperson on December 22 to focus on developing green energy generation across the continent with an emphasis on green hydrogen.

It also announced the election of lawyer Adil Khawaja as a director to the company, adding that the election of a substantive chairperson will be done in the coming weeks.

"The appointment was approved on January 5 and is subject to regulatory approval,'' a statement signed by the firm's secretary Kathryne Maundu read in part.

Adil previously served as a director of KCB Group and was elected the first chairman of KCB Bank Kenya Limited.

The appointment puts him in a pole position to become the next board chairman if the firm decides to go for an outsider.

Stock market enthusiasts say the drop in share price was expected and the future of the stock will largely depend on investors' views about leadership changes at the company.

"That was expected today. Investors tend to act cautiously to regime changes. A further negative reaction by investors will be terrible not only for Safaricom but also for the entire bourse,'' stock market analyst Jerry Obongo told the Star.

His sentiments are echoed by investment advisor Mary Abale who reads politics in changes at the firm that controls close to Sh1 trillion of NSE's market capitalisation.

"A 40 cents drop in just hours is huge for a firm that commands trading at any given bourse. Let's monitor investors' reaction to board changes which to me sounds political,'' Abale said.

Unlike other companies and state agencies where Ngumi served boldly, his short stint at Safaricom was a cold one, especially after President William Ruto's United Democratic Alliance (UDA) won the August 2022 polls.

Although elected in July to replace Michael Joseph, Ngumi made his maiden media show for Safaricom in mid-November when the firm announced its half-year results.

A month earlier, he sat on the bench as his predecessor stole the show during the launch of Safaricom Ethiopia, graced by President William Ruto and Prime Minister Abiy Ahmed.

Efforts to reach Ngumi for a comment hit a snug as he had not responded to our messages and calls by the time of going to press.

Safaricom’s share has shed a third of its value since last year, dropping from Sh37.95 in January 2022, which has translated into a market cap erosion of close to Sh500 billion.

Even so, the share has gained momentum in recent times, especially on Ethiopian entry, with pundits putting a 'Buy' decision on the share in anticipation of a future rise.

In its latest financial results, it reported an 18 per cent drop in net profit for the half year to September attributed to set-up costs of its Ethiopian subsidiary, inflation and the recent general election that slowed down consumer spending.

This saw the leading telco’s profit after tax for the 2023 half-year stand at Sh Sh30 billion compared to Sh37 billion recorded over a similar period last year.

Total revenue for the period under review stood at Sh153 billion, a 4.8 per cent increase from Sh146 billion reported in a similar period last year.