It is worth checking facts, before we halve our food supply

Scientists are flailing in fighting frightening and emotional slogans with data 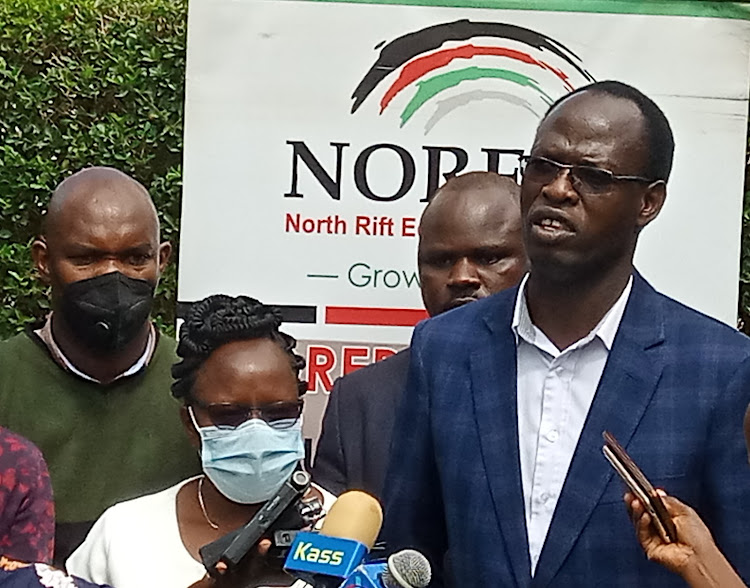 BOOST: CEO of the Fresh Produce Consortium Okisegere Ojepat speaking after a meeting with NOREB officials in Eldoret on February 19, 2021.
Image: MATHEWS NDANYI

There are a few areas of the public statement where speakers are left entirely free of accountability and legal limits.

In business, advertising is banned where it conveys misinformation, while company officers are liable for false statements to the extent of prosecution and even jail sentences.

In politics, candidates who make claims about what they will do if elected will be judged later if there is no delivery of their promises.

But there is one form of campaigning where making false claims is worry-free: there is no comeback and no legal requirement for fact-based statements.

In fact, where campaigners shout the fake loud enough, they can even get the room to deny anyone else the right to speak.

It is a gap we are facing in Kenya, today, in a crescendo of false statements that may yet shape our future, as local NGOs funded by Germany’s Green Party distribute rounds of videos starring local celebrities holding up tomatoes and sukuma wiki stating that they are poisonous.

The poison, they claim, comes from the pest control products used to produce them.

In politics, candidates who make claims about what they will do if elected will be judged later if there is no delivery of their promises.

The same type of blanket campaigning against pesticides has already worked in Europe, which, like the rest of the world, is used to assess pest control products for their safety, scientifically. It does not do that anymore.

It changed its approach. The scientists were approving products that were safe to use and necessary for food production.

Once the European public had been told so many times that all pesticides were poisonous, it was just too politically damaging to keep approving pesticides.

The European Union (EU) banned them without any evidence of risk, just in case they might, one day, be found to be harmful, calling it the ‘precautionary principle’.

It has created a big mess. The EU banned one set of pesticides in case they might ever be found to be endocrine disruptors, which interfere with human’s hormone systems, causing reproductive and other issues.

Under more political pressure, the EU banned the use of these same pesticides on imported foods from other nations, dozens of countries launched a world trade dispute against Europe, calling the ban a trade barrier, and demanding the EU deliver evidence any of the chemicals were endocrine disruptors.

Fifteen years later, the EU has never posted any evidence: because none exists. The chemicals were banned as a political precaution, because of the campaigners.

For their ‘proofless’ power is formidable. This same type of zero-facts campaigning has convinced most of the world’s public and media that pesticides kill bees, where the US Centre for Disease Control and Prevention explains, painstakingly, the reason for the global decline in bees are mites that have swept the world taking up residence in beehives and infecting the bees with viruses.

Scientists are flailing in fighting frightening and emotional slogans with data. Indeed, as the real data grapples with the zero data, the most recent so-called Pesticides Atlas from the anti-pesticide campaigning groups has no citations at all, not a single scientific study supporting its claims.

However, this journey of fake claims is far more damaging in Kenya, than in Europe, as climate change exponentially increases the pests destroying our foods.

Many of our pests are thousands of times more prolific now than 20 years ago, and that is proven by scientists who have counted them, and documented their increased size, speed of growth, egg laying and numbers.

When the green campaigners of Europe sought to get the African Union to introduce blanket bans on pesticides as ‘a precaution’ regardless of any evidence, the AU declined.

Now the race is on to get Kenya to do it. The trick is telling Kenyans the EU banned the pesticides because they harmed people and the environment.

If the Kenyan government is finally forced to set aside all science and ban them too, on popular demand because celebrities say they are poisonous, the campaigners can go to Uganda and say: ‘you need to ban these, Kenya banned them because they were dangerous’.

The break in the chain would come as soon as there was a demand for proof these chemicals were dangerous when used properly.

Of course, if you drink pesticides you are going to be sick, just as two whole packets of painkillers can kill you, or any medicine taken against the doctor’s prescription.

Without pest control, we will commit millions to starvation. The FAO estimated stopping pesticides would cut our food output by 40 percent, but, last year, the ban on pesticides in Sri Lanka, was much more catastrophic.

Farmers saw immediate yields fall at an average of 54 percent, while the fall in rice, maize, tea and vegetable yields was as high as 95 percent. This pest feast triggered a food crisis, an economic crisis, and within months, the government was forced to reverse the ban.

As Kenya is pushed to follow the same path, the money used to make fake claims in celebrity videos might be better-used to train farmers on how to best control pests.

The writer is the CEO, the Fresh Produce Consortium of Kenya

Post a comment
WATCH: The latest videos from the Star
by BY OJEPAT OKISEGERE
Kenya
06 January 2023 - 04:00
Read The E-Paper