KCB projects inflation to ease to 6.7%

Most central banks in the world have hiked base lending rates as a way of easing inflation pressure, with Kenya raising its rate three times last year. 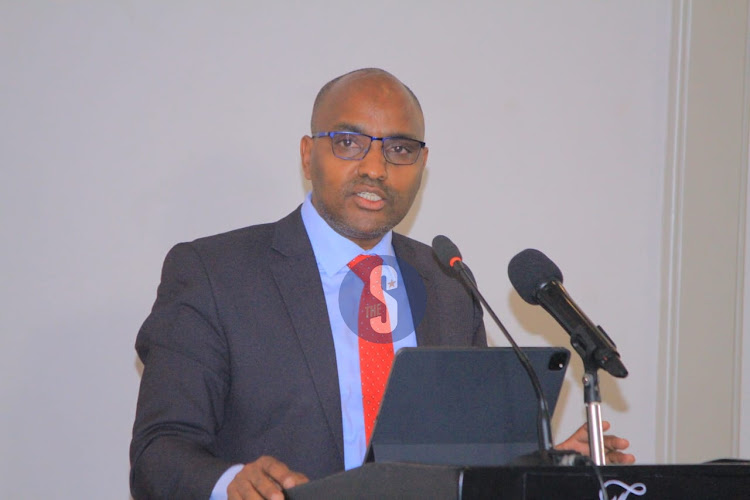 KCB Bank ceo Paul Russo addresses the media during a briefing on the lending rates at Norfolk Hotel on September 28,2022.
Image: EZEKIEL AMING'A

The cost of living is expected to ease as monetary tightening continues to ease price pressures in the course of the year.

This is good news for most families in the country that are struggling to put food on the table with the cost of basic commodities increasing significantly since 2020 when Covid-19 struck the world.

According to KCB Group's Monthly Economic Brief, inflation is projected to decline to 6.7 per cent from an average of 7.6 per cent last year.

Most central banks in the world have hiked base lending rates as a way of easing inflation pressure, with Kenya raising its rate three times last year.

Central banks normally set the short-term borrowing rate for commercial banks, and the banks pass it along to consumers and businesses.

Basically, an increased base lending rate aims to make borrowing more expensive so that consumers and businesses hold off on making any investments, thereby cooling off demand and bringing prices back in check.

In November, the Central Bank's Monetary Policy Committee raised the anchor rate from 8.25 per cent to 8.75 per cent after inflation increased by more than 100 basis points above Kenya's set limit of 7.5 per cent.

Late last year, the  US Federal Reserve approved a fourth consecutive three-quarter point interest rate increase and signaled a potential change in how it will approach monetary policy to bring down inflation.

The country's apex bank raised its short-term borrowing rate by 0.75 percentage points to a target range of 3.75 per cent-4 per cent, the highest level since January 2008.

The move continued the most aggressive pace of monetary policy tightening since the early 1980s, the last time inflation ran this high. The country's inflation is at a nearly 40-year high.

Food inflation decreased to 13.8 per cent in December 2022 from 15.4 per cent in the previous month.

However, prices of maize flour and maize grain remained elevated increasing by 35.3 per cent and 37.7 per cent respectively.

Housing and energy inflation increased marginally year-on-year to 6.2 per cent in December from 6.1 percent in November 2022.

Prices of diesel, petrol and Kerosene increased year on year by 46.1 per cent, 36.4 percent and 38 per cent respectively. This saw transport inflation increase by 13 per cent in December from 11.7 per cent year-on-year.

Even though the cost of living will ease, it will have little impact on the overall economy, with KCB's report projecting the country's GDP to expand by 4.7 per cent.

This is way lower compared to the 5.2 per cent projected by the Kenyan government, notwithstanding current global and domestic shocks.

"The deteriorated business environment brought about by the uncertainties preceding the August 2022 general elections and elevated inflationary pressures will slow growth during this period and into 2023, "KCB says in the report.

Post a comment
WATCH: The latest videos from the Star
by VICTOR AMADALA Business Writer
Kenya
04 January 2023 - 17:23
Read The E-Paper